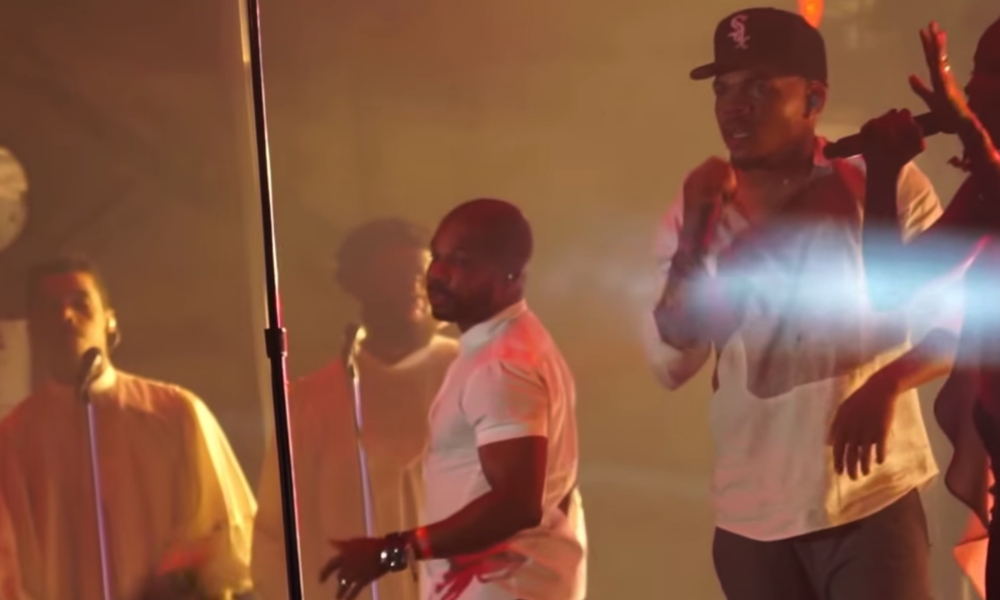 The name Kirk Franklin instantly brings to
mind grandiose mega gospel hits, choirs,
and his characteristic praise yell. However,
one of the more overlooked but equally
notable legacies for the artist appears in his
reach toward mainstream hip-hop.

In a write up by the Fader, author Briana
Younger cited Franklin’s influence in not
only music but in black culture, as a
reference point to show how his always
crystal clear message of Jesus has impacted
the mainstream.

She also stated that it is Franklin’s music that
inspired the latest offerings of Kanye West’s
The Life of Pablo and Chance the Rapper’s
Coloring Book. Now before any detractors
say those are not gospel records because of
their message, in this instance, the reference is purely sonically.

Kanye and Chance use a lot of the big
church and choir feels on their newest
tracks. Their rapping is aggressive, but at
the same time assertive in a way where it
sounds like they are exposing themselves.
This is a trait Franklin often uses in his music. He digs deep into the soul and leaves
a little heart on the track.

She summed it up perfectly with this line,
“His music assumes the imperfections of its
audience, and chooses to encourage rather
than preach or, worse, condemn.”

Looking at Kanye and Chance’s latest
projects, you can find seeds of that
statement, more so with the younger emcee
than West. Chance spends a lot of time
talking to God in his songs and
acknowledging his imperfections. The example of the song “Long Time” was used
in which he raps, “I’m calling out to God/
Your little angel’s falling down/ Save me
from my darkened cloud/ Reach your
hands and arms around.”

West’s TLOP is sprinkled with Biblical
references, but the majority of the record is
not what Christian music would consider,
“Christian music.” However, the song “Ultra
Light Beams” is filled with the exuberance
of a stadium blasting anthem. It is no surprise that Franklin and Chance were
involved in creating that song.

This excerpt taken from the Fader tells you
everything you need to know about
Franklin’s influence on Chance. “I grew up
in the church,” Chance told Chicago’s 107.5
WGCI in a 2014 interview. “Sunday Candy,”
the lead single from last year’s Social Experiment album Surf, “is specifically is
dedicated to my grandmother who kept me
into church so that’s a big feel on a new
thing.” He went on to describe Franklin as a
“musical genius,” cite him as an influence,
and express a desire to one day meet the gospel artist.”

A slew of artists has called Franklin a
“genius” and an “influencer” in music. The
mid-90s saw him and the God’s Property
choir churn out hit after hit that wasn’t just
part of the churches, but also a part of the
mainstream culture, as songs reached MTV and radio stations.

Kirk Franklin’s 1997 “Stomp (Remix)”
featured a Christ-centered-message and
had help from Salt-N-Pepa. It hit No. 3 on
the Billboard 200, and the top spot on the
R&B/Hip-Hop Albums charts.

“Lean on Me” had Mary J. Blige and R. Kelly
and the music video for “Revolution” was
looking like something Diddy, Mase, and
Biggie would put out.

He saw black culture’s gravitation toward
hip-hop and used that as a catalyst to
transform gospel music and bring it to the
young people. Franklin helped make it hip
and cool, and he never once watered down
Jesus.

Franklin was impacting mainstream culture
in a meaningful way even before the litany
of Christian emcees were able to now.
Before Lecrae, NF, and Andy Mineo, there
was Kirk Franklin. Before the whole
Christian rapper vs rapper who is a Christian debate, Kirk was just being Kirk and was
able to sit at whatever table he wanted –
sinless, sinful, or sinning. He is proof that
you don’t have to water down the gospel or
separate yourself from a label. His musical
prowess, passion for the Lord and the ability to speak to a culture made him
respected in all circles that now even 25
years later, artists still want to make music
with him.

Franklin may not have helped not helped
Kanye and Chance make a “Christian
album,” but he did help point them in the
right direction. Who knows what’s next to
come.