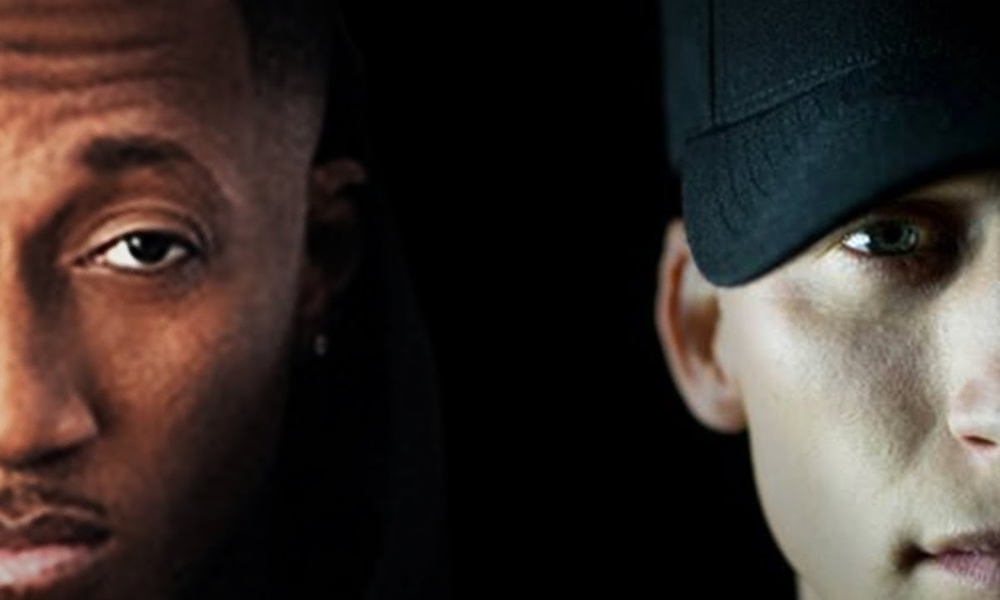 I recall it vividly. Nearly ten years ago, a cheap, old laptop in front of me; cables running around just to connect to a power source and our spotty internet connection, I heard “Jesus Muzik” for the first time.

A friend and I were chatting over Google Talk, and we came to the end of our conversation having run out of things to say. He sent me a silence-breaking message and asked if I had a microphone hooked up and said he wanted to try out the new chat feature that allowed voice calling so he could show me a song he was listening to. A time filled with trial and error went by before we finally made a connection. Up to this point, I was accustomed to music from Skillet and Steven Curtis Chapman, so the beat that came on next rocked my world. In a muffled way, through my friend’s cheap microphone, and my old, battered speakers, I heard the lyrics “Ridin’ wit’ my top down, listenin’ to this Jesus Muzik (bass hit).” I was hooked.

Immediately, I told my friend to pause the song and I went to YouTube and found the now old-school, but infamous Reach Records music video of Lecrae’s “Jesus Muzik.” I watched and listened eagerly as ever before. Being from a middle class, white family that grew up in the church, I was not accustomed to this kind of music and way of life. What I heard and saw in those three minutes, however, was a joy and fire for Jesus unlike any I had ever been presented with. I knew I wanted it, and I wanted it badly.

A year later, I had discovered a little more of this type of music and had watched most of the few interviews there were to be found of Lecrae and others like Flame and the Cross Movement guys. Everything really began I think in September of 2008 when Lecrae released an album called Rebel . In the years to follow, it was rare that a day went by without playing some songs off that album. Songs like the “Intro,” “Don’t Waste Your Life” and “Go Hard” all hit me and got me pumped for God and living right. I listened to it all the time. A few years after its release, I was surrounded by some peers that were really getting serious about their faith and some of them were even taking up rapping.

One friend in particular though was the wildest, most openly immoral guy that I knew in church. He was older and had similar interests that I was acquiring, so I watched him closely. It was on a church retreat though that I watched him, someone I thought to be a strong, independent individual, break down and realize fully his sinfulness, depravity, and need for God once and for all. A couple of other people on that retreat did the same, but in the following months, his decision was the one that lasted. He got passionate about Christ. He got on fire, as some would say. I had become, at that point, complacent and tired. But I saw my friend and how he had changed and I searched and started praying constantly to find whatever it was that would bring me back to God and give me that fire that he had. Time passed and nothing changed…

One day, I was sitting around listening to music while working and a song from Rebel came on. It was a song I’d heard plenty, but would often skip because the tune wasn’t upbeat enough. This time I didn’t bother skipping and kept on with my tasks. The cry of the words “create in me a clean heart” echoed from the song and I immediately keyed into what was being said. By the end of the song, I realized the name of it. Not from listening to the lyrics or knowing its name previously, but because with my head in my hands weeping, I realized I was truly and awfully “Desperate” for salvation.

Not long after this realization, I committed my life fully to the pursuit of glorifying God and finding joy in Him. Now, I am pursuing an undergraduate degree at a private Christian institution and have found that I am constantly surrounded by other people who were raised and impacted by these people and this music. But I still hold today that if it were not for Rebel , I would have never gotten to that point. Unless God were to use something else, my character and life choices, even at a younger age were putting me on track for big trouble.

I continued to listen to Christian Hip-Hop all the time. I collected all the albums I could and annoyed the manager of my local Family Christian Store to no end by asking when something was coming out or if he had it in stock. That same manager eventually, years later became my employer until the company closed earlier this year. This music shaped who I was and how I viewed God and culture daily. However, just as I was growing and changing as a young man, I started to realize that so was this culture that I was so involved with. It left me confused and hurt as I watched yet again, something else in my life change.

Around that time, I was listening to a song Lecrae was featured on. Lecrae’s verse came on and though I was listening to the song and I wasn’t keyed in on the lyrics, at least until he said, “If I never get to make another Rebel , it’s cool; that was a season in my life, let it settle.” These two lines hit me like a freight train; it was all I heard. I think I remember hitting the pause button and sitting in silence for a time as I realized that something that had inflicted a significant impact on the course of my life, was now history.

The music changed. It changed from being something I could relate and bump around to, to something different. I now look back and understand that Lecrae’s style changed because that was the style he felt called to and wanted to make. At that time, I let it be and began to drift towards other styles of music from acts like Anberlin (RIP), Drake, and Kendrick Lamar. I learned and I grew through understanding that there are always new things to build us and shape who we are and not everything lasts forever.

A few years ago, walking down the steps of our local community college, this same friend that had introduced me years ago to Christian rap, asked if I was listening to the new NF album. I stayed pretty up to date with all the new artists and the hottest tracks. I had heard NF on a couple features, but I never thought much of him until my friend mentioned this album called

Mansion. I got in my car to leave and pulled up NF on Spotify and pressed play.

Two things that have always been the biggest motivators for me creatively, were Eminem’s

Recovery album and dramatic/epic score music. The slow piano and choral echoes began as Intro started to play through my car door speakers. It was a similar sensation to when I first heard “Jesus Muzik.” There was an epic scale to the song that felt like a mix of Eminem and the Requiem for a Dream theme, that literally sent chills throughout my body. The album played for the duration of my hour-long drive home and once I had arrived, I was moved with the understanding that my feelings of hurt, loneliness, and darkness, were realized and shared by another. While I lacked musical ability, this music I was listening to was everything I ever would have made if I could. NF and his music became special; these songs triggered emotions that moved me to action. They moved me out of a paralysis-inducing fear of failure and hurt. A few years later and three albums in, under his label Real Music, NF consistently delivers this same action-inducing feel. According to a recent Billboard article, with nearly 350,000 combined album sales and over 500 million streams (at the time of this writing), whatever he’s doing is working. Earlier this fall, within weeks of each other, both Lecrae and NF have released long-awaited projects that were set to determine the next phase of their careers. Lecrae has been the center of much controversy in the Christian entertainment industry over the last few years as he shifted to a more secular platform. For me, I awaited his new album, All Things Work Together , so I could finally see if the old Lecrae I knew that shaped me as an individual was finally gone or if there was some of his old style left somewhere in there. When I finished listening to the last song on the album, I sat, taking in how wrong I was to ever expect that out of an artist. I came to this by looking internally and seeing that I was yet again impacted by this new music of Lecrae’s, just in a different way than before.

The song I mentioned earlier that featured Lecrae was called “2 Human” off of Json’s Growing Pains album. This song introduced to me, and many others I hope, an idea that was taken for granted and ignored too often. It was the idea that these artists we listen to were actually human beings. But not just humans – individuals with individual sins, faults, and failures. This song, while unfortunately underrated, was pivotal in how I viewed these people and the music I was listening to. For years, I have forgotten this or even disregarded it. It was when the last five songs of All Things Work Together played, that it came back to me. These people make this music for themselves, in hopes that someone else can also relate to it. While I may not always be able to relate to where Lecrae is anymore, I understand and respect that he is still speaking his heart into his music.

When looking at the sales reports for both Lecrae’s new album and NF’s new album, Perception, it is clear that the Christian Hip-Hop culture is shifting toward music like NF’s. We will likely come to the point when we wish NF would make another Therapy Session like we wish Lecrae would make another Rebel . These artists, these real people, will make the music they feel led to make and as long as they do that, it will be real. For years, I’ve held to the idea that if I were to ever meet Lecrae, all I feel that I could say is simply to thank him for allowing God to use him as He did at that point in his life. I would also encourage him to continue to do that again now as God leads, not as society does. These years of following this culture have shaped who I am as a man and I have watched these men and women face incredible trials. Just being able to watch them change and grow has been what really left the greatest impact on me, not the music. Because of that, whether you always love it or not, I encourage you to support it and learn from them as best you can.