STORY: Reach Records Wish To Be ‘Servants’ More Than A 116 ‘Gang’ 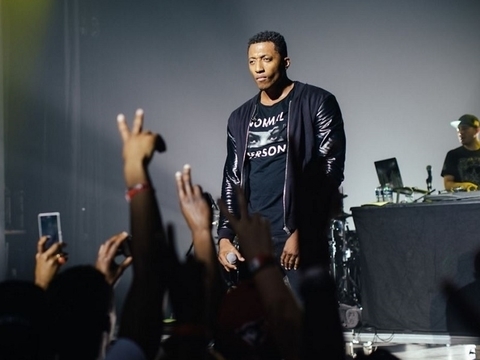 Back in November Reach Records came
under fire for removing the original “116”
statement from their website’s bio and
replacing it with one that was deemed
“more safe.” However, in a recent interview
with HHDX, the label’s co-founder Lecrae, addressed the mission statement for the first
time.

The emcee said the change is based on the
growing artistry of the talent on the label.
Reach Records wants their artists to be able
to grow and go further with their craft. He
said 116 became a self-righteous
movement “repping more like a gang than from a humble place,” he said.

The new vision of Reach records is to
continue to promote the gospel of course,
but use the label as more of a platform to
serve the artist than this “gang.”

“Every artist is so unique and Reach has to
kinda play the background a little bit and
say, man, we wanna just serve you all,” he
told HHDX. “We don’t wanna have an
agenda that is superseding your heartbeat
and what you’re about. We wanna support you. So obviously, we wanna change the
way people see the world and support
these artists. Some artists wanna be very
explicit about what they believe. Some
artists wanna just make music obviously not
anything that contrasts or contradicts what they believe, but it may not be as explicit in
terms of that.”

He continued, “So what Reach wants to is
just say hey y’all, we’re here to serve and
facilitate you guys making the best music
you can possibly make. Our mission is still
the same. Our heartbeat is still the same, but
at the same time, we don’t wanna hinder the uniqueness of every artist that’s coming
out the label.”

The 116 mission statement came from
Romans 1:16 which reads, “For I am not
ashamed of the gospel, because it is the
power of God that brings salvation to
everyone who believes: first to the Jew,
then to the Gentile.”

Lecrae says now Reach Records takes the
“unashamed” part of that verse and applies
it to a wider sense of applicable humanity.
“Now, it’s ‘I’m unashamed to admit I’m
messed up. I’m unashamed of the power
within me. Now, it’s a statement of freedom. Guilt has told me I made a mistake. Shame
has told me I am a mistake. Grace says I’ve
been forgiven.”

Lecrae is at the forefront of expanding the
“reach” of Reach Records, as he has had a
number of high-profile guest spots on his
albums. Most recently he featured E-40 on
Church Clothes 3 and said the legendary
emcee gave him a feature on his new project as well.

The Anomaly rapper was also nominated
for the Grammy’s for this very record
alongside the likes of Drake, Childish
Gambino, Eminem, and his personal friend
Kendrick Lamar. While he didn’t win that top
award, he did take home the Best Contemporary Christian Music Performance/
Song for the track “Messengers” featuring
for King & Country.

“On one hand, Elvis’ Grammys are all in
Gospel, so I’m in good company,” said
Lecrae. “but at the same time, I think I want
people to appreciate my music just as art.”

He clarified further by saying, “What I feel
like in terms of my music is I want people to
wrestle with the complexity of it and the
beauty of the complexity and not just kinda
write it off like ‘I get what it is. It’s just rap.’
Or ‘It’s Christian.’ Or ‘It’s indie.’ Whatever. I want you to like, no, it’s it’s own thing.”

Along with the accolades has come a
number one album and the chance to lend
his skills to the BET Cypher as he continues
to be the frontman of blurring the lines of
Christian hip-hop into the mainstream.