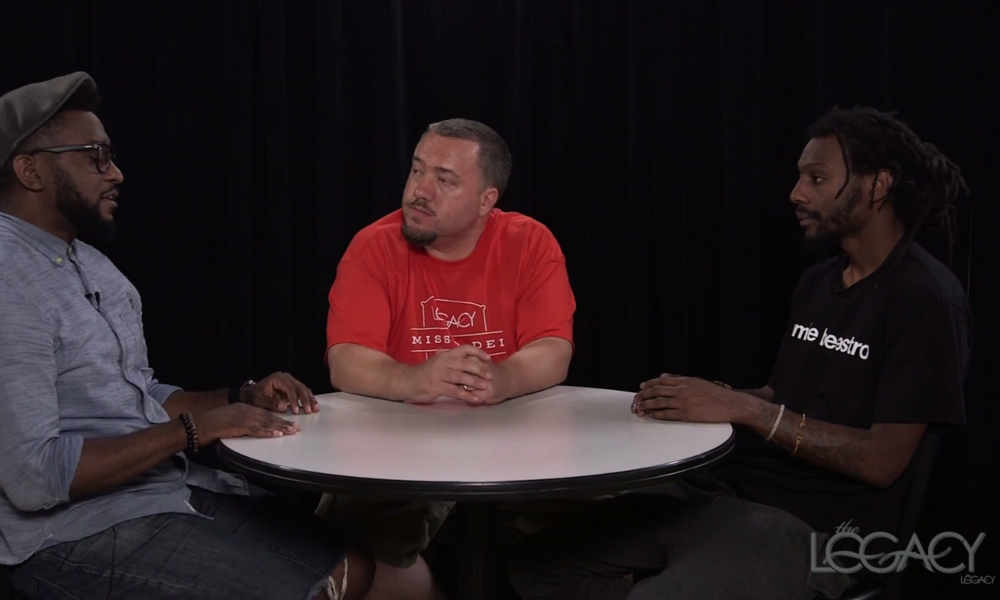 Christian emcees Propaganda and Sho Baraka gave a preview of their Faith & Politics tour with a round table discussion on the Legacy Conference YouTube channel.

The key point of the conversation was letting the Christian know what to do when faced with the options of which candidate to choose in the next election. “We’re trying to equip people,” said Baraka.

“At the end of the day, just raise godly children. Invest in your schools and know the Earth is not going to blow up if the candidate you think is the anti-Christ…odds are he’s not,” Propaganda said.

“Parties don’t matter so much. They are on the federal level,” he continued while pushing that the things that matter are the schools, police commissioner, etc.

Prop said that Christians should follow the “truth of the gospel” and be willing to follow it wherever it takes them.

“If the truth of the gospel lands on a party line that you are not comfortable with, the question is, then what really is your allegiance,” he said, of people who feel God wouldn’t do that.. “YOU decided that God wouldn’t go there.”

Sho Baraka said if you are a Christian who is a Republican because of abortion, then make sure you preach compassion on the poor who are often overlooked on that side. He said if you’re a Democrat because of their stance for people, then be sure to preach about family values that are often lacking from that side.

“How can we infiltrate systems? How can we infiltrate parties. Get Christians in there that are like minded to create healthy conversation dialogue to change systems and structures and then while they’re there, help negotiate and leverage positions and policies for folks that we think that are not just beneficial for Christians, but beneficial for communities and cities as a whole,” Baraka said.

The half hour discussion served to confront the realities of the many important talking points concerning this election. Watch the full thing below: