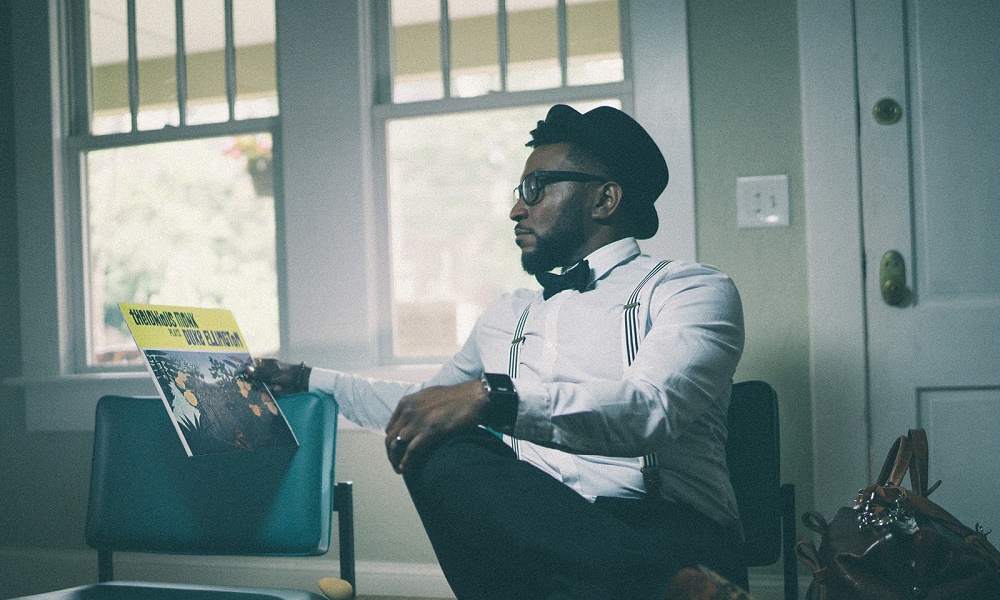 Sho Baraka took to social media on Wednesday to offer insight on “matters of justice and faith” in the aftermath of Alton Sterling’s death at the hands of police officers.

The newest artist on Humble Beast Records has long been vocal about racial injustice, and he shared some valuable wisdom for Christians, in a time when tragedy seems to not only be uniting, but also dividing.

Here are three takeaways from his chat. All quotes are from Sho. Watch his full talk, as well as a follow-up Q&A, in the videos below.

1. Alton Sterling was made in the image of God, which criminal history fails to change. Therefore, his death should grieve us.

“We all have to recognize that this individual was made in the image of God. He’s an image bearer. There’s human dignity in everyone, so I’m always concerned when Christians — I’m just saying Christians — don’t feel the burden of death.

“Death this is an effect of the fall, an effect of sin. It’s judgement on us, and it should always grieve us. … As Christians, we know it’s not the end, but we also know that it’s not necessarily a great consequence of life. … We have to address every situation with seeing individuals in the image of God, and so no matter who they are, we should be grieved by the fact that people die, and people are broken, families are torn apart, lives are lost, somebody has to live with the thought that they put somebody in the grave.”

“We have to also wrestle with the idea that no matter if they have a sketchy background or not, no matter if they weren’t following the law to the nth degree, they’re still image bears. For us to just ignore the fact that somebody’s life is taken I think it’s somewhat irresponsible for the Christian.

“We should always grieve. We should always feel a sense of burden when death is the only option for somebody who is made in the image of God, who always can seek redemption, someone who can find the Lord. That should grieve our heart to say, ‘Oh, well, they should’ve been doing X, Y and Z, or they wouldn’t have faced that.’ No matter if that’s true or not, the reality is that God cares for us.”

2. Christians should grieve all injustices. However, people will grieve particular injustices more than others. That’s okay.

“But just like with anything, I think people connect to that which they are closely associated with. If someone down the street loses their father and I don’t really engage that household, I think it’s going to be normal for me to feel grief for them, for me to feel compassion for them, but when I go home, I’m not going to sit and weep for three hours. I just don’t think that’s the type of person that I am. I will grieve for them.

“But if it’s somebody in my family, if it’s something I’m connected to, then yes, then in a sense, I’m going to feel that burden. … The reason why I’m so deeply connected is because I’ve experienced police harassment. I’ve experienced profiling. When I lived in Los Angeles, I lived in particular types of communities that saw this kind of behavior. My uncle was murdered by police officers for trying to cash a bad check in Arizona. It was over the news.

“These are the types of things that grieve me, and so when I see these types of activities, I personally feel a burden. I personally feel affected. Now, I don’t get upset with other people who don’t necessarily grieve the way I do. But what I can’t do, and what I don’t want them to do is to tell me how to grieve because I think that’s insensitive. Just because I feel the burden to show compassion to these particular police shootings, don’t tell me that I don’t have the right or anybody else doesn’t have the right to grieve because they don’t grieve the way that you grieve over an injustices in other places.

“Now, I do think there needs to be a healthy awareness, and I do think people need to be educated on injustice everywhere, as Martin Luther King talks about, but I do think it’s very irresponsible and insensitive to just disqualify the affections of a person toward a particular issue because we don’t understand why. I think what we need to do is engage and inform ourselves and learn more.”

3. The fight against injustice is complicated and demands a long-term commitment.

“Yes, I think Christianity deals with the immediate needs of this life. And I think anybody is foolish to think that God or Jesus doesn’t care about our life here on Earth. Jesus fed people, and he assisted people in their immediate needs — their felt needs as a lot of people call it.

“But if we’re really honest, I think the issue with policing is much deeper than just policing itself, and it’s an issue that probably won’t be changed for a long period of time. So as the Christian definitely wants to see immediate justice, I think we also have to understand that we’re going to have to invest in a long-term solution.

“I think one of the things we can’t just do is be social media warriors. I love social media. I think social media has a wonderful place in bringing awareness. There are people who are doing great things. The fact that there is so much uproar about this situation, the United States’s civil rights agency is going to look into the shooting, and I think that doesn’t happen unless people make noise on social media.

“But if that’s where we live and we exist, and that’s where we stop, then that’s a problem. We must begin to see, how do we reinvest into communities, especially people who understand the redemption of place and renewal, and they’re not just moving into gentrify? What does it look like for me to live in a community, to restore healthy economics, healthy education so people can grow and develop healthy perspectives of finance, of life and character? And then not only that, we own the property in our community, we live in our communities.

“And guess what? When you begin to own your communities, when you begin to invest in your communities, then policing begins to change in some ways. Now … that’s a very oversimplification, but what I’m communicating is that we have to, one, see the immediate call for justice also wrapped up in the long-term fight against systems of injustice that are against us, and we can’t just expect white supremacy to crumble because we scream loudly.

“I am so happy that I’m a part of a group of brothers and sisters who are not only about informing people on local policy and national policy — and this is The AND Campaign I’m talking about — but a lot of the individuals a part of this group are looking to not only inform people, but we’re talking about, ‘What does it look like to move in a particular community, and to invest in this community, and to take ownership of this community, and I believe that’s action in work. And I think a lot of that is missing in our redemptive justice. It’s a holistic approach.

“And so I grieve with these families, I hurt, I burden because I know that could’ve been me. No matter how many degrees I have, no matter how smart or intelligent I think I am, to some people, I’m still a dangerous, black man, and I think that’s scary for a lot of us. And I think these cries and these concerns are not flippant. These are real things.

“And if you concern yourself with the holistic approach of the gospel, whether you’re white, black or brown, then you would slow down. You would say, ‘Let me think of how to engage in this discussion,’ and I don’t expect people to change their minds over night, but what I do expect people to do is to listen and to think with critical biblical ears on how to address these issues.”
https://mobile.facebook.com/shobaraka/videos/10154313629305238/