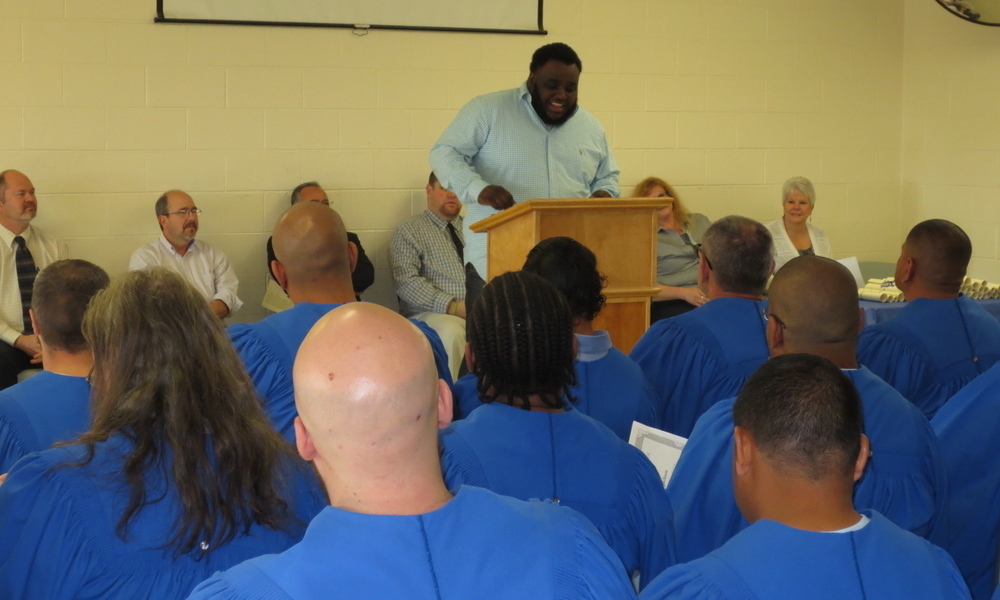 During the morning ceremony, around 30
inmates graduated from various GED,
parenting, and vocational classes.

Thi’sl was there to spread hope and
encourage the inmates with a message
about moving on from the past and
focusing on the good decisions they can
make now.

At the end of the message, someone at the
ceremony called out for the emcee to
freestyle, and Thi’sl obliged them with a rap
from his album Beautiful Monster.

From there he was able to minister to the
inmates as many approached him to share
their heart and thank him for the message.

Thi’sl gave a similar message later in the
afternoon to another group at a maximum
security prison. This session contained 50
inmates, and they spoke to him afterward
as well.

At both ceremonies, Thi’sl gave out copies
of his book “Against All Odds,” and also
was able to touch the lives of everyone
including the staff.

The rapper was given a tour of the facilities
and shown the cells. He was even given an
honorary medal as a gift from the warden.

Thi’sl along with the inmates were touched
by each other’s experiences. He wants to
encourage everyone to keep the students
in your prayers as they look to better their
lives.