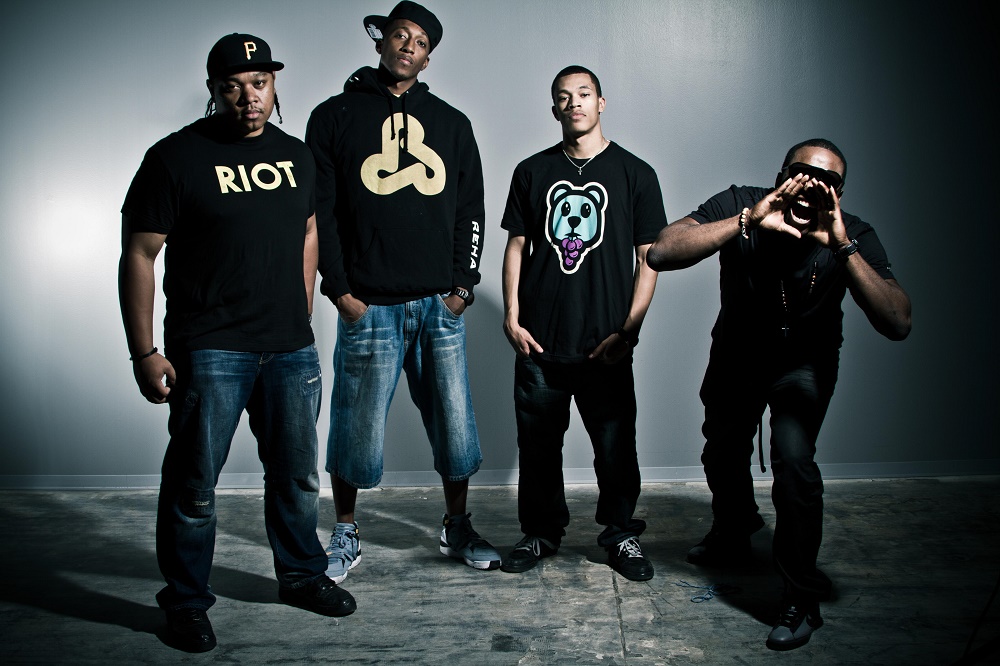 Trip Lee shared a photograph of himself,
Lecrae, Tedashii and Sho Baraka on
Thursday with the caption, “Big things
happening right now. New music on the
way.”

Trip simply could have been recording new
solo music when his friends stopped in to
say hi. After all, what do true friends do?
They pose for pictures together.

Or a new 116 Clique compilation could be in
the works. The collective released singles,
“Come Alive” and “Now They Know”, in
2012 and 2013 but haven’t dropped a
project since Man Up in 2011. And Reach’s
original four artists are Trip, Lecrae, Tedashii and Sho.

But instead, this seems like a swell time to
break down how much sense it would
make for Reach to re-sign Sho, who
released two solo albums, Turn My Life Up
and Lions and Liars, under the label in 2007
and 2010. The two parties announced their separation in 2011, and Sho explained why he left months later on his podcast.

“That’s never been my desire, to be
successful in Christian markets,” he said.
“My desire was to always communicate to
people that I felt were broken outside of the
church, or even people in the church who
felt like Christian music didn’t communicate to them. And so I felt like I would never
ever sail unless I left the nest.”

That nest soon adopted this same
philosophy (see: Unashamed) and has seemingly been making the type of music
(i.e. Lecrae’s “Freedom”, “Gangland”,
“Welcome to America”) that Sho left Reach
to make.

Signing Sho would also be safe.

Reach cares about avoiding headcases. The
consequence of not caring, and signing
every talented artist who emerges, is that
one of those talented artists could lack the
maturity to handle Reach’s enormous
platform.

Reach already knows Sho’s character,
though. Signing artists who are practically
family like him — like GAWVI — decreases
the odds that Reach’s PR department will
need to exercise crisis management.

Update: Reach just shared the same picture as Trip with the caption: “Still Unashamed.
To be continued…”

Okay. That’s not much of a hint either. But if
Reach signs Sho, the move couldn’t make
more sense.