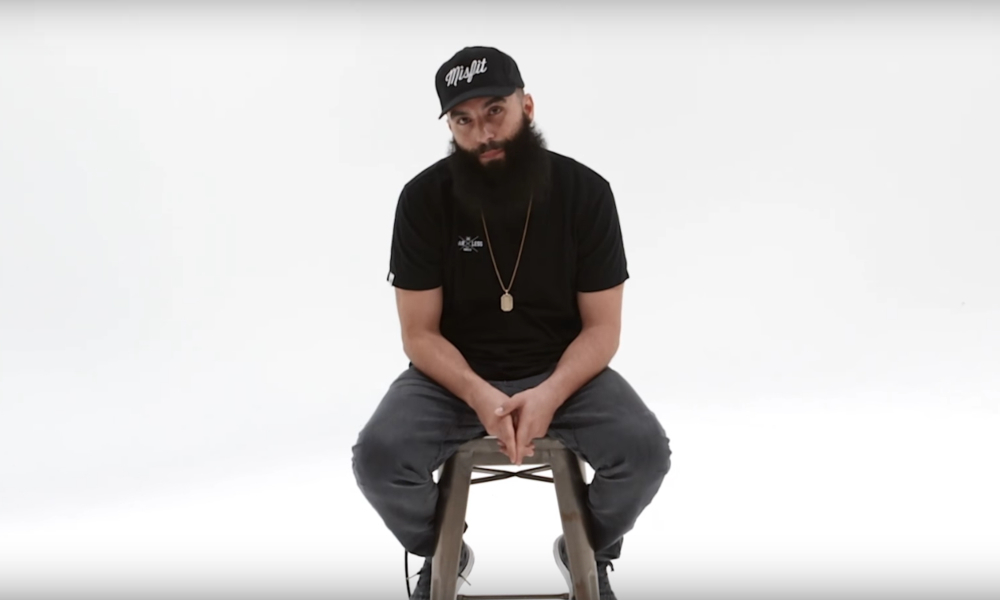 The Social Club Misfits released a revealing and powerful video that dove into Fern’s life “pre-Christ” in what he describes as his lost decade.

During this 10 year period, he lived all over the place. He started hustling and getting involved with the wrong people.

“Tell me who you hang with and I’ll tell you who you are,” Fern said his mother would say.

His first close encounter with death came when he opened his front door and someone put a gun to his face. Other men came into the house and ransacked the home, most likely looking for drugs or money.

Unfortunately for Fern, this was just the beginning of his lost decade.

In another instance, he thought about suicide briefly at a party in Hollywood.

Fern said there was drinking, smoking, and cocaine involved. He took too much and began feeling “hyped up.”

He went outside on a balcony to try and collect himself but things got wild. He put his hands on the railing and a voice in his head was saying, “just jump.”

“The only thing I could remember was, ‘Yo, you gotta drink a gallon of milk’.”

So as he began screaming for milk, one of the girls brought it to him and he chugged the whole gallon down.

The milk actually worked and calmed him as he was lying down.

“It was possibly one of the lowest points in my life,” said Fern. “That was the only time in my life that I ever thought about taking my life.”

Next, Fern recalled how a rap feature he did helped him and a friend get noticed by Sony Music. They had a meeting and were signed, but Fern couldn’t shake his demons. Before he even got started, he was busted for trafficking cocaine and sentenced to three years in prison.

While in prison, Fern rediscovered God. He went to the chapel and when he saw the cross, he lunged at the altar and began to weep. “If he’d spare me, I’d give Him my life forever.”

Watch the rest of this amazing testimony below