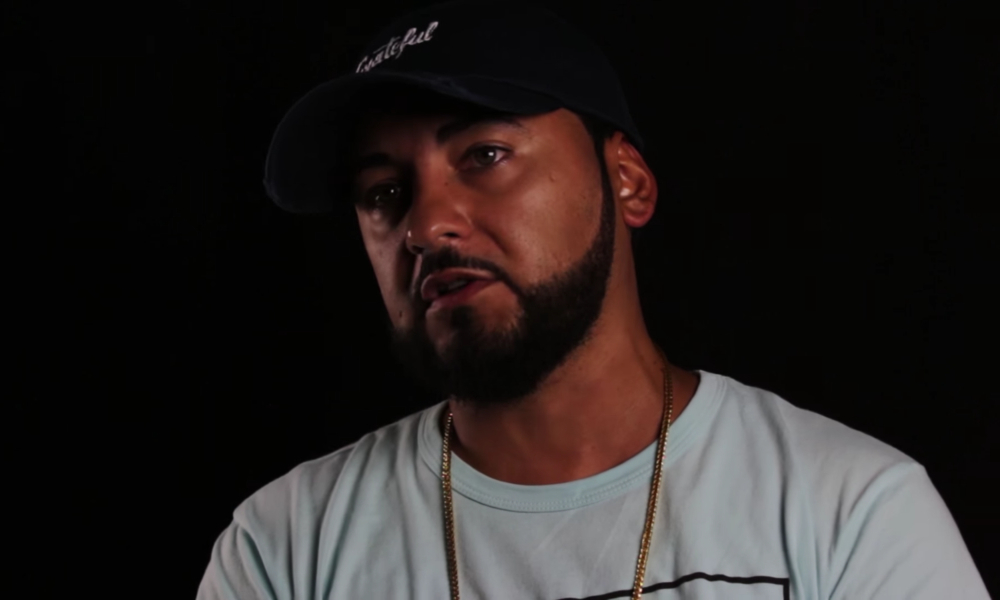 Datin spoke to Rapzilla at Flavor Fest and explained his feelings on reading negative comments on social media and this perceived “tension” between God Over Money and Reach Records.

Datin said he comes from the era where if you won’t say it to their face, then you shouldn’t say it at all.

“In that comment section, don’t hide behind the keyboard. Approach someone like you would in person. If you have an issue with me, or my music, or anything, why not ask questions instead of accusing? ‘Brother, don’t you feel that this is kinda off?’ And I may share my heart, ‘Well the Bible says…’ And I may share some incite,” said Datin.

He said that unless you are at the level of a Jay-Z, or a superstar musician where a team controls your social media, he along with his peers are reading and responding themselves. They are not shielded from hearing some of the craziness that goes on social media.

He continued, “And If you are that nuts and you’re going to talk like that in person like you would on the keyboard, don’t be surprised at the response you get.”

Datin admitted that it’s something he struggles with and will often delete his response multiple times before engaging. “Pray for me, ” he said.

Another important topic that Datin wanted to address is the notion that G.O.M. ha a beef with Reach Records and their artists.

He said fans have “created” hidden meanings and messages in G.O.M.’s music that makes them look like they have a beef with Reach Records artists.

Datin explained that G.O.M. reads comments and Reach read the same comments, and it probably has both camps wondering about the other.

The rapper said there’s nothing but love for them. “I support what they do…We love them, dudes. We buy their music. They inspire us.”

In the past, Datin and Bizzle have run into Andy Mineo, Lecrae, and KB and “it’s all love.” Bizzle collaborated with KB and Lecrae, and the two have even played Mineo’s music in the background of some of their update videos, “It’s not good enough for the fans.”

“Andy is the homie. He’s the homie showing me mad love and I’m showing him mad love.”

The emcee said there’s “rumors” and people saying they are “more aggressive” but they aren’t trying to intimidate and fight people. The G.O.M. crew is trying to be real and face problems head on with the gospel approach.

“They think there’s some tension, but there’s not at all.”