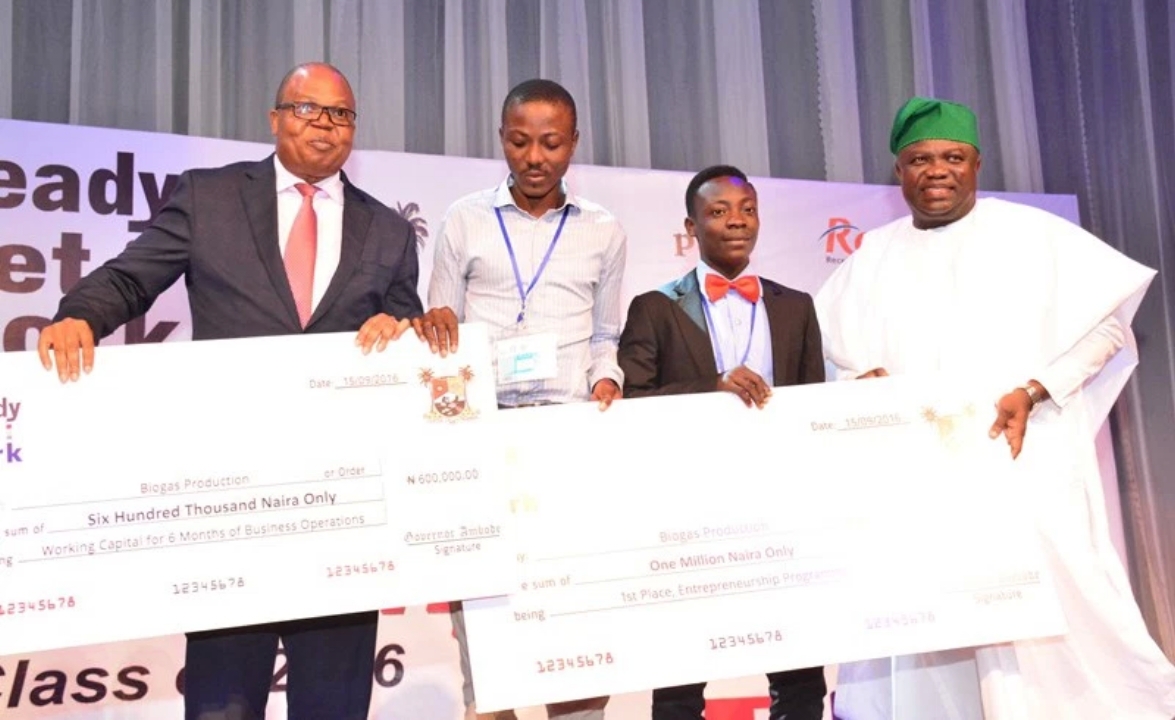 The two beneficiaries were among the 422 successful graduates of the Ready, Set,
Work (RSW) programme of the state government aimed at equipping graduates of tertiary institutions in the state with the necessary entrepreneurial skills.

The business idea involves the treatment of animal waste in order to generate biogas
which can be used for domestic cooking, generation of electricity, among other
purposes. It is also targeted at providing a potential substitute for the ever costly liquefied petroleum gas.

Speaking at the ceremony, the Governor reiterated his administration’s strong
commitment to capacity building, entrepreneurship empowerment, and sustainable youth development. He added that the RSW initiative was one of the initiatives targeted at youth empowerment
in the state and vowed to increase the number of students in the pilot scheme of
the RSW programme from 500 in 2016 to 1000 in 2017.