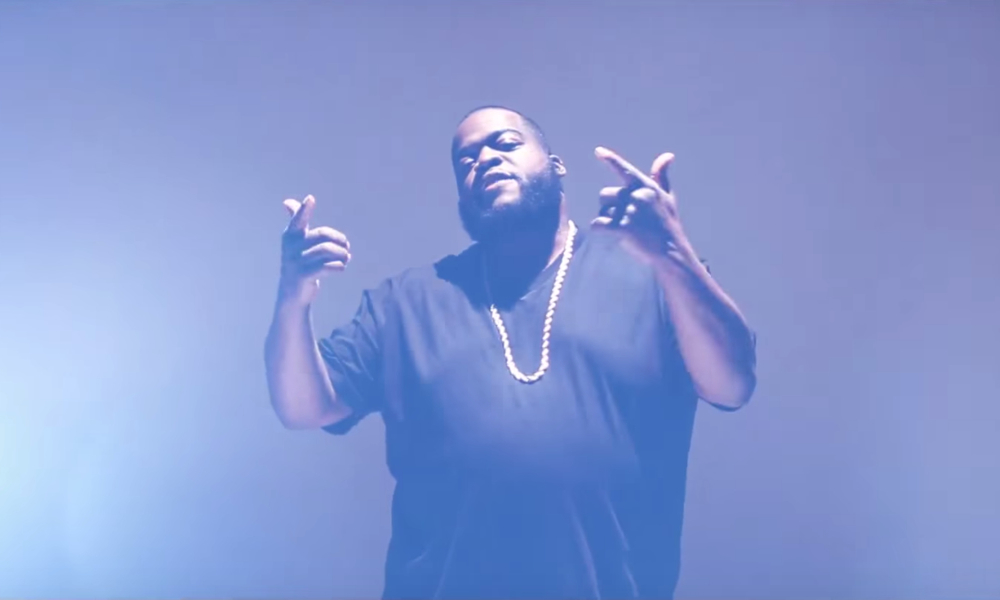 Swift said he’s known for speaking about “injustice
and social ills.” He makes this commentary part of
his music and ministry, and doesn’t wait until it’s
“trending.”

“trending.”
“We were talking about this stuff when it didn’t
happen as frequently,” he explained. “I wanted to talk about it in a way that challenged people. I
think it’s easy to kind of get on the record and pick
a side and anybody who knows me, knows I hate
injustice, everyone knows what I stand for.”
Swift has a song that touches on the topic called “Us
vs Them.” The message of the song aims to paint the similarities between a police officer and a
civilian rather than highlight the differences.
“At the end of the day, society pins us against each
other that’s why I said, ‘Everyday I wake up, they
got their mind made up, hope I live long enough to
go to sleep’. Both of these dudes wake up with the same feelings. I feel like it’s us against them.”
Listen to the track below:

He continued, “Media has done a great job at
pinning us against each other, and when it’s us
against them, we all lose no matter what side you
stand on. That’s why at the end of this song, both
the officer and the civilian die. At the end of the day,
nobody lives. When it’s us against them, it’s war. In every war, both sides have casualties. So even if
there’s a winner, you still lose. There’s still a wife
that loses a husband. There’s still a mother who
loses a son, even at the end of the day even your
victory is still a loss. There is two sides to a story
and I think both sides have more similarities than differences.”

The song isn’t his attempt at saying “All Lives Matter,
“Blue Lives Matter,” or even “Black Lives Matter.” It’s
his attempt at getting differing views on the same
page to open up a dialogue. Swift also wants to
make clear that the song doesn’t dismiss the fact that he thinks there’s a problem with the justice
system.

“There’s definitely systemic oppression. There’s
definitely a war against black people in our
country, so let me make that 100% clear. There’s
something wrong,” he shared. “A white man can wake up and get in his car and have no thoughts
whatsoever of losing his life. As a black man, when
I get into my car, I have a fear of that. I know that I
can be pulled over by a cop and assassinated for
being black. I know I can bump into the wrong
dude on the block and be assassinated for being black.”

With dialogue comes education and
communication, which “is the key.”
“The answer isn’t shooting police officers. Not all
police officers are bad. Trying to take out the other
side is not the right answer,” said Swift. As of late, Christian hip-hop has been outspoken
on these very topics. This has caused some on
social media to tell the emcees to “stick to rapping”
or “stick to the gospel.” Swift had some strong
words for those people.

“I would tell them to shut up and don’t speak because that is the stupidest thing I ever heard. We
act like Jesus didn’t care about social ills, we act like
he didn’t care about injustice, we act like it’s not in
the Bible when people stood up against the
system,” he said. “As a Christian, I think we are
obligated. I don’t think we speak enough about what is going on in the world. To bury ourselves in
the Bible and act like we are not currently living in
our situation is just stupid. As a believer, we should
hold to the scriptures for hope.”

He continued, “It’s our job to take that hope we
receive and speak to those hurting outside.” Swift feels it is an artist’s responsibility to speak out
on topics because it is what Jesus would have
done. He is also fully aware that a listener’s favorite
artist may be the only source of understanding the
world.

“Some people aren’t in tune with the news but they’ll listen to a rap song in a heartbeat. It’s our job
to enlighten people,” he concluded.