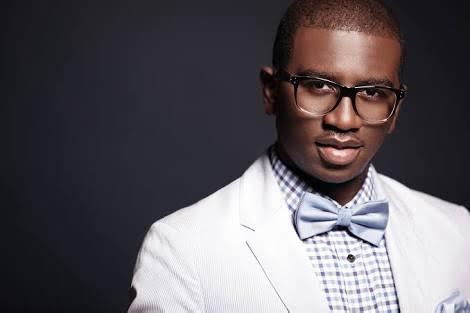 This past weekend has been one of great
testimony for International Recording Artist and
Africa’s own Uche Agu as he debuted on his first
performance recording at the Brand New Joyful
Noise on BET hosted by grammy award winner
Tye Tribbett. Tye replaces Dr Bobby Jones who retired from the Bobby Jones Show after 35 years
on broadcast with his new Show named Joyful
Noise. Also, Uche was accorded the platform to be
interviewed by BET International where he shared
his story of grass to Grace on his journey to
JoyfulNoise BET.

Our very own UCHE AGU who recently Signed with
America’s Dream Record/ CAPITOL Christian
Distribution performed along side Gospel Heavy
weights like Fred Hammond, Yolanda Adams,
Shirley Ceaser and many more. We all remember
he was a Special guest at the last concluded Alabanza Concert 3 in Lagos.

Uche, whose Musical Journey started to blossom
with Joyous Celebration of South Africa when he
rendered the ever green ” My God is Good ” in
2009,is now carrying a beacon of Hope for other
African recording artist on a global platform such
as BET. He is currently on a National Tour promoting his new project which was recorded
live in Houston, Uche’s new project THE GLORY
EXPERIENCE climbed to no 13 on USA Billboard
Charts and has since been making waves amongst
the Gospel Music Industry.

Uche landed a publishing/ Writing  Deal with
SESAC, International Booking Managment deal
with the highly acclaimed Cinder Entertainment
Agency based out of Atlanta.
Stay tuned and be sure to catch our very own
UCHE AGU on October 9th, 2016 as he performs on BET Joyful Noise one of the songs from his new
album titled ” Make God Big ”

The CEO / Presdient of Tehila Records and
Teleworld Hub Mr Timothy Ogboruche wishes him
all the BEST in his musical endeavours.
Keep up with his schedule here – www.ucheagumusic.com