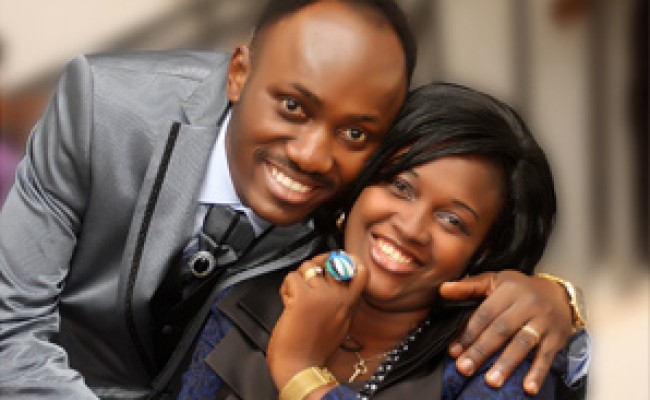 In a video posted on the church’s Youtube channel, she said that she’s known her husband for 19 years, adding that as a woman, if you are living with a promiscuous man, you’ll know.

She said Suleman is not the kind of man he’s being portrayed to look like in light of recent events.

“That is not my husband,” she said, adding that since they’ve been together, they have never had issues over another woman.

According to Lizzy, the pictures released were photoshopped and are fake.

“The problem with most Nigerians is that they are so gullible,” she said.

Stephanie can release more pictures but that can never “stop the real picture of my husband in my heart,” she said.

She described the scandal as cheap blackmail.

“This is a man who loves to help people. The fact that he has helped somebody, let’s not use that as an advantage,” she said

“We know what is really going on. We are not surprised. From the day my husband said they should stop the killing of Christians, those who are not happy with that statement are doing everything possible… you cannot pull down the Lord’s anointed…. The church is not even the target. My marriage is the target.”

“I will not stop praying, until the judgement of God visits you,” she said, referring to Stephanie.