The Experience: 10 Most Amazing Performances From The 2016 Edition 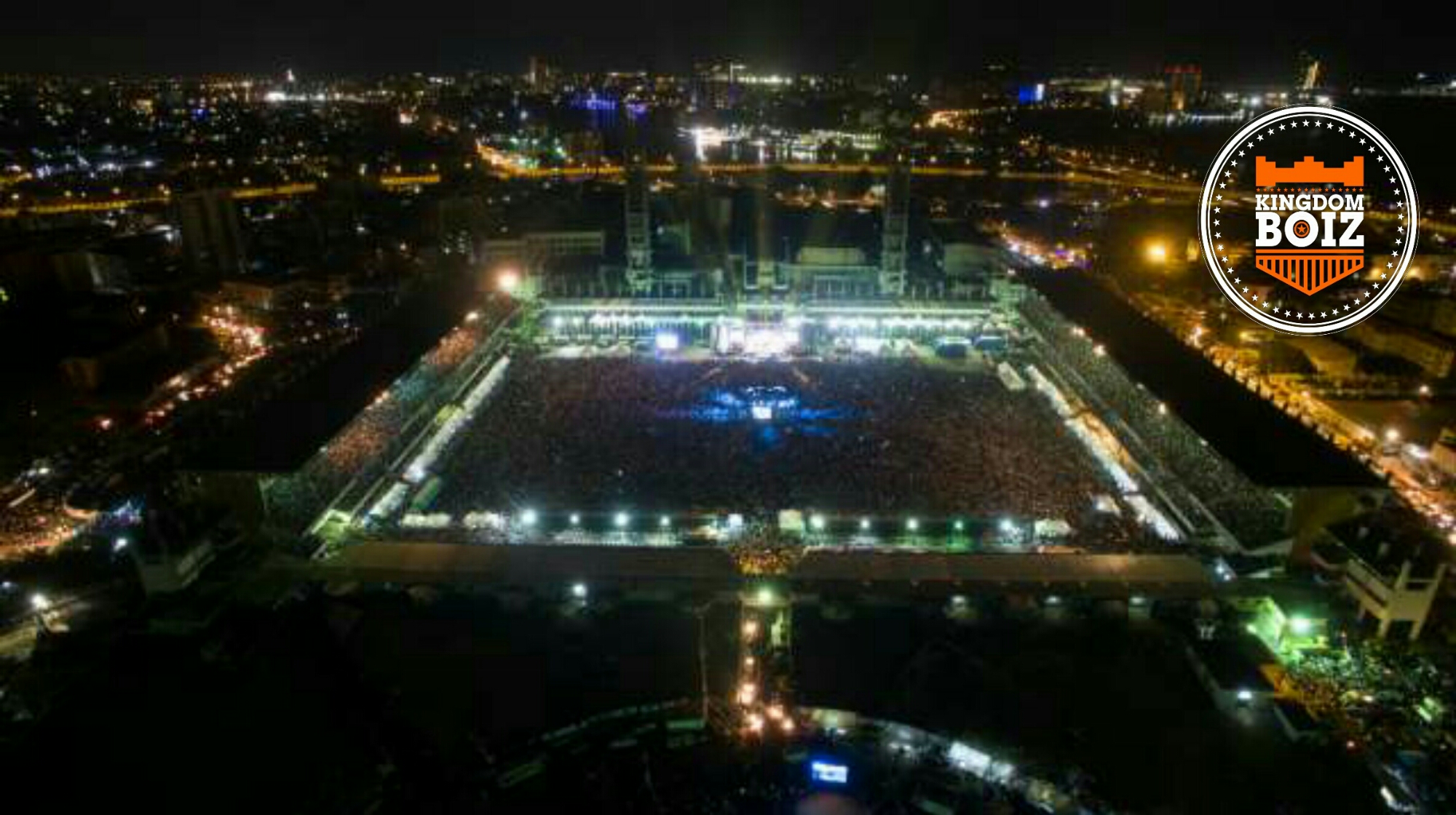 Donnie McClurkin, Chioma Jesus and Sammie Okposo are some of the artists that pleased ‘The Experience 2016’ crowd.

Just like previous editions, the grounds were packed with a lot of people, over 700k, as people showed up to praise and worship God at this year’s event, themed, Revealing Jesus.

With so many wonderful ministrations from fantastic artistes like Tope Alabi, Sammie Okposo, Frank Edwards, Don Moen, Midnight crew, and others, it is quite difficult to say who the best were.

However, we have managed to come up with a list of the most jaw dropping performances of the night.

Here are 10 singers that had us reaching for the skies.

1. Sammie Okposo: Being the first performer can be challenging for anyone, nevertheless, Okposo delivered a session that can only be described as off the charts. He did his popular songs and succeeded in getting the crowd pumped and ready to glorify God

Sammie Okposo @sammieokposo leads us all in high praise.
The Experience 2016 is just getting started. #TE11 #TheExperience2016 pic.twitter.com/kU2jIeOU7O

2. Don Moen: This popular man, often described as the ‘grandfather of worship’, lived up to his name. He performed all his hits, which had everyone filled with the spirit. He took things to another level with his collaboration with Frank Edwards, where he sang in Igbo language. I think it is safe to say that every song was a hit! 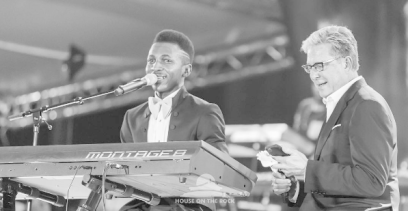 3. Donnie McClurkin: This blessed artist is one of my personal favorites and he did not disaapoint. McClurkin, and others sang a beautiful version of “You Raise Me Up”. Then, he took things up a notch by asking everyone to turn on the light in their phones and raise it up. His performances were highlights of the event. 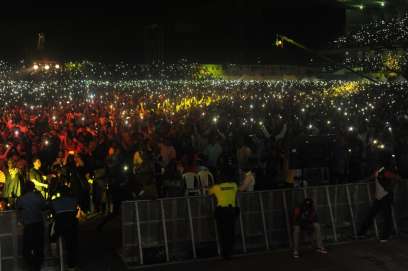 4. Travis Greene: Although, this was this talented guy’s first time at the Experience, he manage to carry the crowd well. With fantastic songs like “Intentional ” and “Made a way”, he easily became a crowd favorite. He also had testimonies to share. 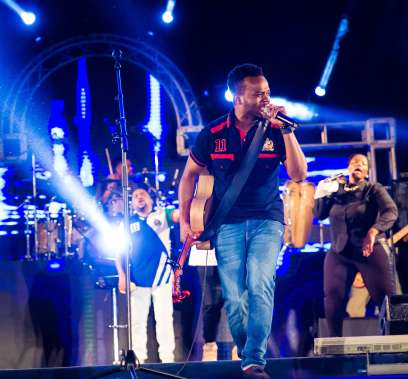 5. Micah Stampley: This guy scores a 5/5 in my book because of his amazing voice and great selection of music that the crowd knew. Obviously, I am not the only that feels this way. Here is what others said on Twitter.

Love this guy @MicahStampley tho. "Onise Iyanu, you're the God of awesome wonder….. You've shown us mercy more than we deserve". #TE11 pic.twitter.com/ZYG0fvjaTD

6. Midnight crew: This is a group that never fails to deliver and that night was no different

7. Tim Godfrey: This powerful singer and his crew delivered an energetic performance that had everyone dancing. 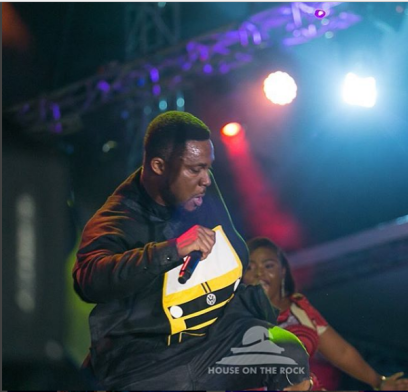 8. Tope Alabi: Her performance proved that the last does not have to be dry. She kept the crowd pumped and only let everyone go by 5am! 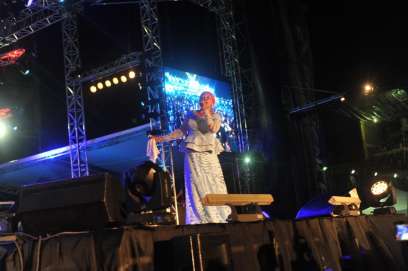 9. Samsong: Just like Greene, it was his first time at this event and he killed it. His special performance with Chioma Jesushad the audience screaming. 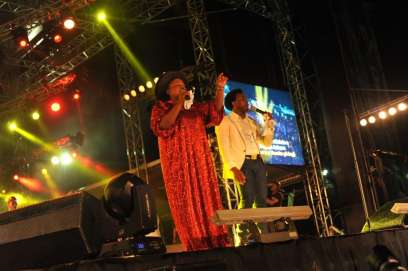 10. Chioma Jesus: I saved the best for last. This woman was something else and everyone recognised this. She lived up to her name, Jesus, when she got the crowd to raise their chairs and sing along to her song,’Radical for Jesus.’ She even trended on Twitter. 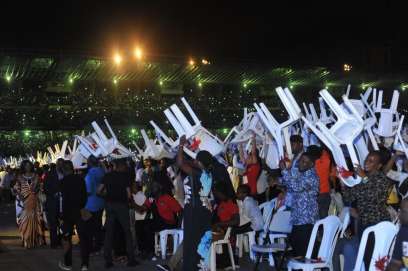 Honourable mention: Another great part of the night was from painter and dancer, Ice, who created this beautiful painting, that corresponded the theme of the night.

The fact that he did it live, while Hosanna In The Highest  was playing took it to a higher 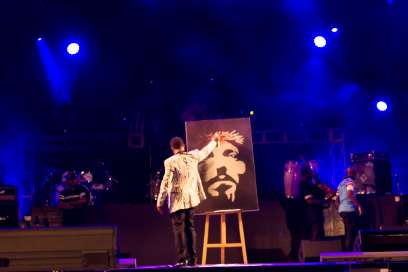 Do you agree with this list? If no, let us know which performances you liked the most