“The President Is Hale And Hearty. I Spoke To Him Just This Afternoon” – Yemi Osinbajo 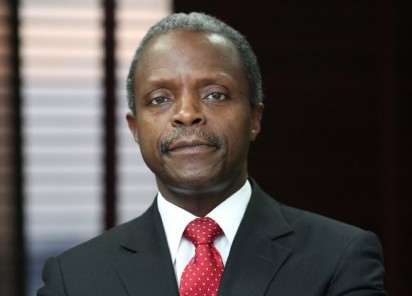 Acting President, Yemi Osinbajo has said thatPresident Muhammadu Buhari is “hale and hearty,” adding that he spoke with him Monday afternoon.

Osinbajo spoke with State House correspondents shortly after meeting behind closed doors with the National Chairman of the All Progressives Congress, John Odigie-Oyegun.

“The president is hale and hearty. I spoke to him just this afternoon and we had a fairly long conversation. He was most interested in knowing about the budget process and how far we had gone.”

He said the president was also interested with the economic recovery and growth plan and what FG is doing with the private sector.

The federal government had a meeting with the private sector on the economic recovery and growth plan today.

“I of course informed him about some of what you are seeing, the protest marches and the feedback of what people are saying about the economy and all of that. So, he’s in good shape. We were very chatty and we had a conversation,” Osinbajo added.