There Will Be No Famine In Nigeria In 2017- FG says 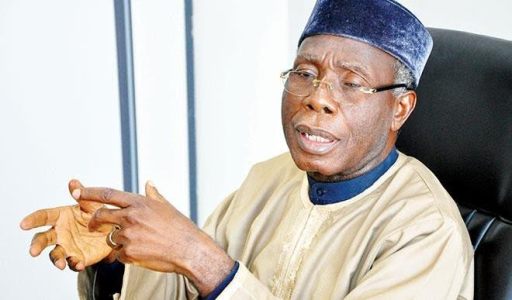 The Federal Government has allayed the fear in some quarters that the country would experience famine in 2017, assuring of sufficient mechanisms to achieve food security in the country.

Minister of Agriculture and Rural Development, Audu Ogbeh, gave the assurance at an interactive session with journalists in Abuja yesterday.

The Minister said the Federal Government had engaged in the buying- back of assorted grains under the Guarantee Minimum Price Programme for restocking of strategic silo complexes which he put at 33 in number with a total capacity of 2.5 million tons of grains.

He disclosed that farmers in some states of the federation had  already commenced preparation for the dry season farming to ensure adequate food security across the country adding that government was poised to make farming an all-year round business by creating dams and lakes in every part of the country to support irrigation system. He noted that crops thrive and yield better through the irrigation system.

“Nigerians have no reason to panic, we have made arrangement for some states to start planting so that we have second crops by April”he said

Ogbeh disclosed that Nigeria had signed an agreement with the government of Morocco on fertilizer production which would yield one million tons of fertilizer through local production in order to boost food production in the country. He reaffirmed that the introduction of soil-specific fertilizer application developed by the Ministry would also go a long way in increasing high crop yield in the country.

He revealed that 30,000 slots allocated to the Ministry under the N- power scheme of the Federal Government would be trained through the Agricultural Development Programmes (ADPs) as Agric. extension workers who will serve in their respective local government areas.

He added that the Ministry had acquired 110 various capacities of rice mills of 10 tons, 20 tons, 50 tons and 100 tons per day for distribution to cluster farmers to boost rice production and milling capacity in the country as a way of attaining food sufficiency.

The Minister admitted that in the history of Nigeria, the country was witnessing strong purchase of grains from as far as Namibia and other countries which signal a challenge; as well as being beneficial to Nigerian farmers to who now have a good market for their farm produce. He assured that market forces would be stabilized through an increase in local production of food commodities.