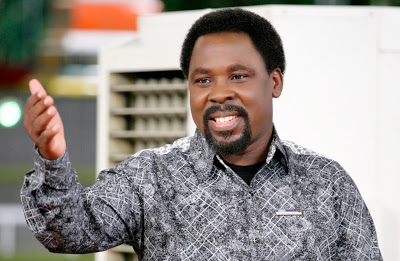 The General Overseer of The Synagogue,
Church Of All Nations, Prophet TB Joshua has
revealed his 2016 prophesies. The Prophet
wrote them early hours of yesterday morning
on his Facebook page for the world to see. TB
said there will be shortage of food, especially in African countries and politics won’t be as usual.
He also said President Buhari desires greatness
for the country, but will have to succumb to
some other things which might be above his
strength that might not favour the country.
Read it all after the cut 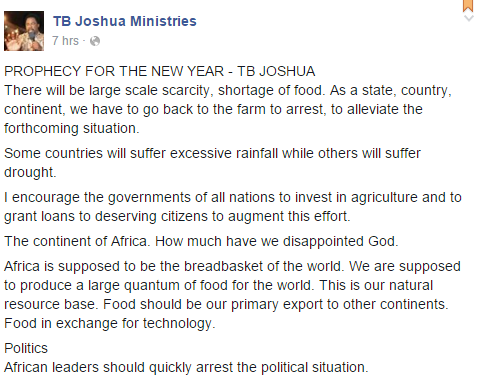 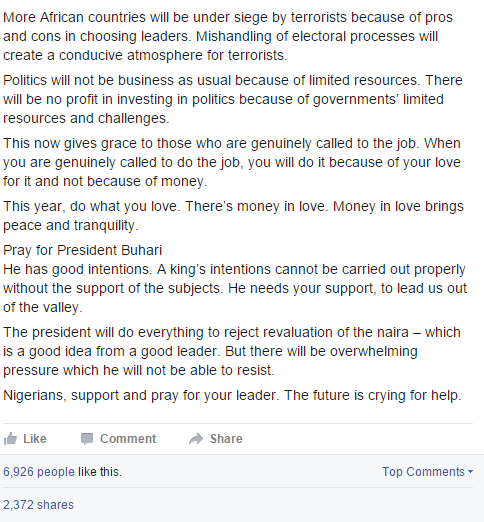