This Is Bad: Muslim Cleric Beats Up Pastor, Threatens To Pour Acid On Him 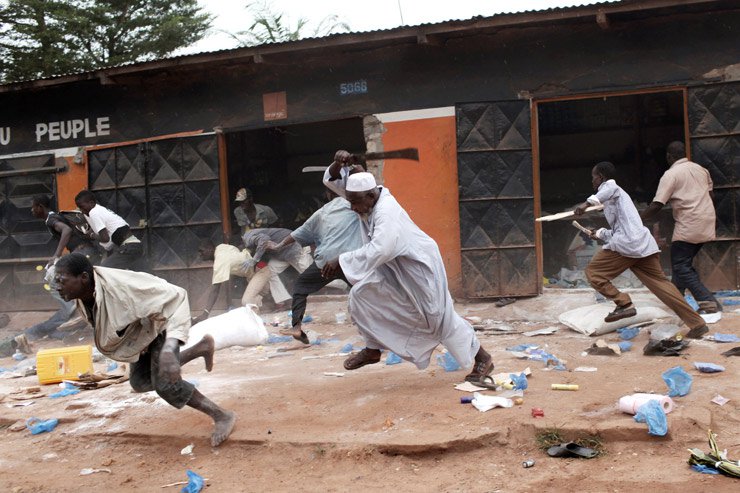 A 40-year-old Muslim cleric, Saheed Gbadamosi, was on Tuesday arraigned in an Ikeja Magistrates’ Court for allegedly threatening to bathe a pastor with acid and destroying his church property.
The accused, a resident of Aboru area of Iyana-Ipaja, is being tried for breach of peace, assault and threat to life.

The prosecutor, Insp. George Nwosu, said that the accused committed the offences on September 4 at his residence.

He told the court that the accused conspired with others still at large and stormed the defendant’s church armed with different types of dangerous weapons as they beat up the pastor identified as Emmanuel Ugbo, destroying church property and threatening to pour acid on him.

“The accused and his accomplices beat up the complainant and damaged four chairs valued at N4,000 and mixer valued at N35,000 being church property.

“The accused and others also threatened to bathe him with acid if he refused to stop converting his ‘clients’ to his church.

“The complainant was in the fellowship with his members when the accused stormed the church with hoodlums carrying iron rods, sticks and other dangerous weapons.

“The accused obstructed the complainant from performing his duty as a pastor by chasing away all his members before descending on him,” he told the court.

The accused pleaded not guilty to the charges against him.

According to criminal law, the accused might be sentenced to a minimum of three years imprisonment upon conviction.

The Magistrate, Mr A.A. Adesanya, granted the accused bail in the sum of N100,000 with two sureties in like sum.

He adjourned the case to October 10 for mention.