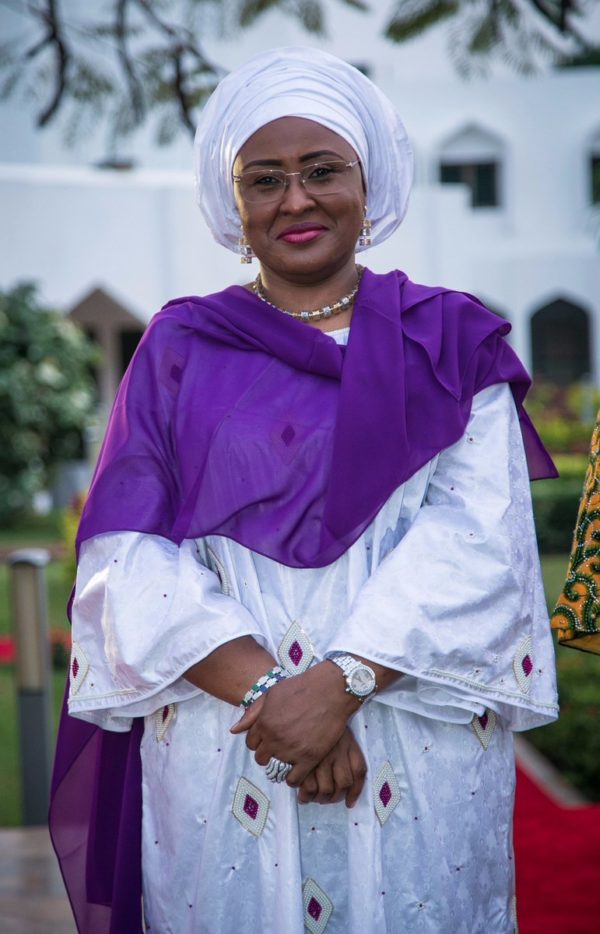 In an interview with BBC Hausa, wife ofPresident Buhari, Aisha Buhari said that some people are grumbling because they are sidelined after contributing the emergence of Buhari as president.

“This worries us a lot now. Because they believe they are the ones who suffered, but are no where today. Those who didn’t do anything who don’t even have voters’ card are the ones in position, doing everything,” she said.

She also said that this is causing problems for the party (All Progressives Congress) particularly because those running the show in this government are those who did not contribute anything to bring it to power.

She added that she is very concerned about what might happen if the 15 million that supported her husband decide to revolt.

Asked whether Buhari is aware of this, she replied:

Whether he is aware or not the people who voted for him are aware and there’s nothing i can tell him because he sees everything too .Among all the people he appointed, if he is asked among 50 people, he doesn’t know 45. I don’t know them despite staying with him for over 25 years.

Responding to a question on whether her husband is contesting in 2019, she said: “I am not aware but I have reached my own conclusion.”

The full interview is expected to be released this weekend.