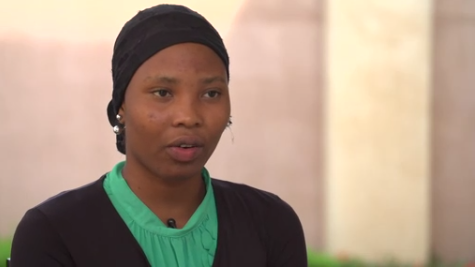 Rebecca Ishaku, one of the 57 Boko Haram escapees was very elated as she watched her classmates who were recently released by the insurgent group -on TV.. In the footage posted online, Rebecca can be heard shouting in excitement ‘see them, see them” -as she danced while pointing towards the TV showing the released Chibok girls at their Thanksgiving service on Sunday, Oct 16th.

Rebecca Ishaku was among the 270 students abducted by Boko Haram militants in April 2014. But she managed to escape in the hours following the mass kidnapping when she jumped off a truck. 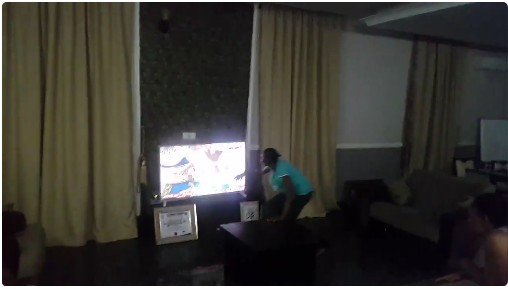 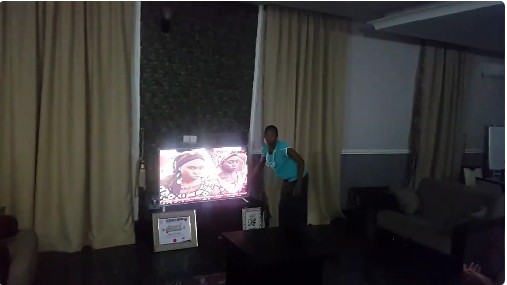