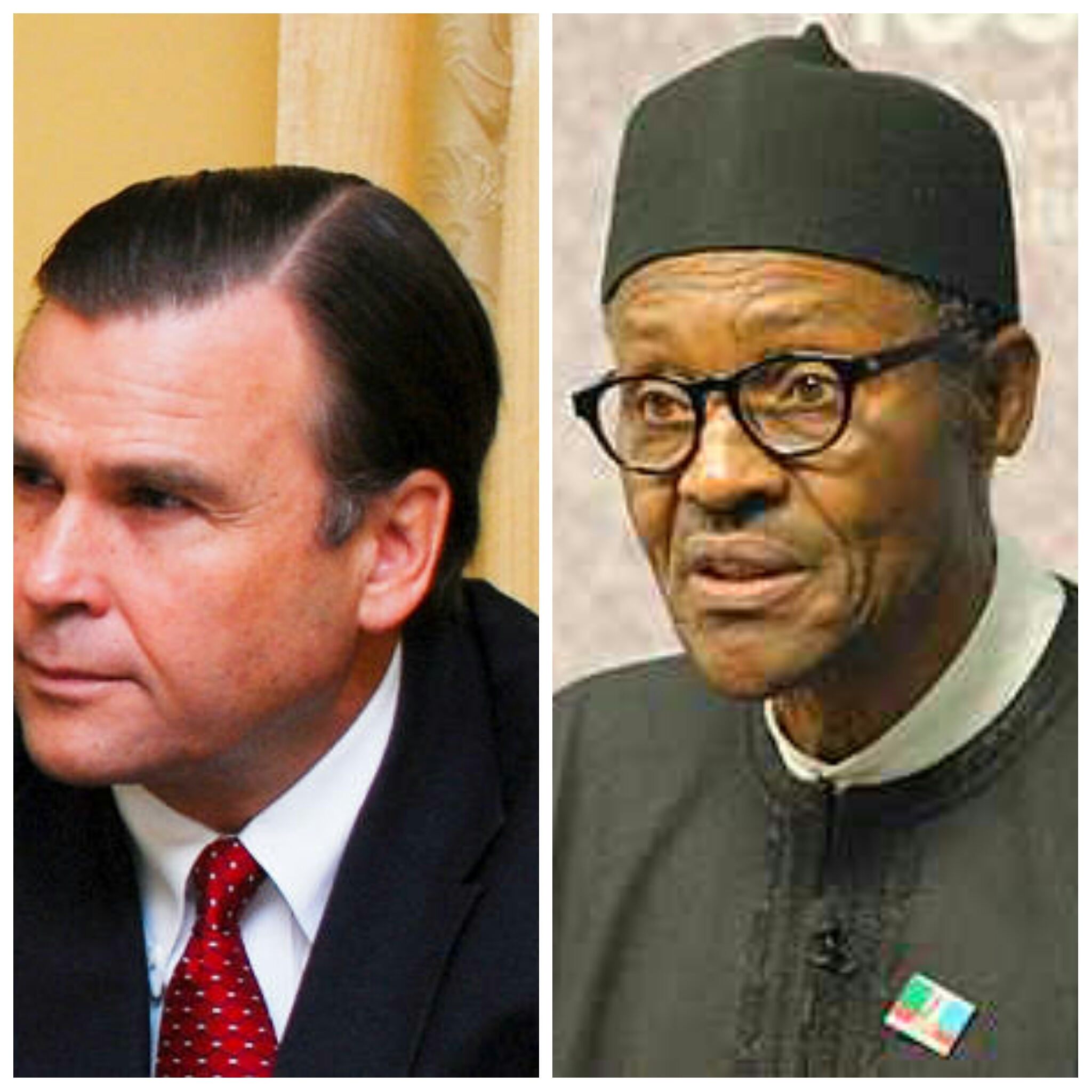 ​THE United States Ambassador to Nigeria, Mr Stuart Symington has urged the President Muhammadu Buhari led administration to treat Nigerians as equals irrespective of their ethnic back ground so as to ensure peace and unity of the nation.

The Ambassador stated this in Benin City when he was hosted by Governor Godwin Obaseki at a dinner. He was in Benin City for an exhibition of photographs by Chief S. O. Alonge, a photographer of the Royal Court of Benin, organised by the United States Diplomatic Mission and the Smithsonian’s National Museum of African Art at the National Museum, Benin City, Edo State.

Mr. Symington who also paid a visit to the Internally Displaced Peoples camp in Ohugua, Ovia North East Local Government Area of Edo state said with Nigeria’s population projected to climb to 450 million by 2050 amid concerns of rising youth restiveness and other socio-economic implications, the country would stand a better chance to exploit its potential by giving priority to justice administration, girl-child education and delivery of good governance.

According to him, despite the challenges that may come with a huge population, the onus lies on Nigerian leaders to carve a positive narrative for the country by being benevolent in handling issues of development and justice administration, adding that there was need to embrace everyone irrespective of where they come from, as members of a united Nigeria.