Trump Now Says His Call For Ban On Muslims Entering U.S. Is ‘,Just A Suggestion’ 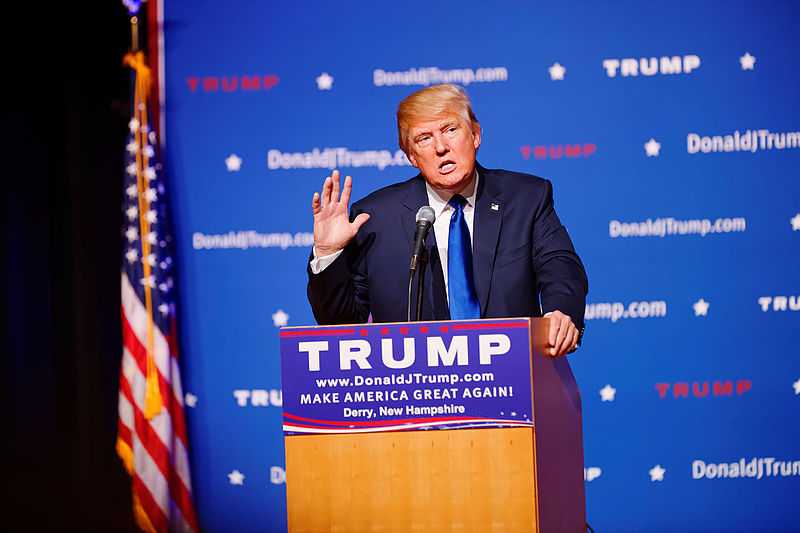 During a radio interview on Wednesday, Republican presidential candidate Donald Trump said that his call for a ban on Muslims entering the United States is “just a suggestion.”

“We have a serious problem,” he told Fox News radio’s Brian Kilmeade. “[I]t’s a temporary ban. It hasn’t been called for yet. Nobody’s done it. This is just a suggestion until we find out what’s going on.”

Trump also reiterated to Fox’s Greta Van Susteren that the ban would only be temporary.

“Sure I’d back off on it,” he said. “I’d like to back off on it as soon as possible, because frankly, I’d like to see something happen. But we have to be vigilant. There is a radical Islamic terrorism problem that our president doesn’t even want to talk about.”

“I mean we have exceptions, and again, it’s temporary, and ultimately it’s my aim to have it lifted,” Trump continued. “Right now there is no ban. But … there has to be an idea; there has to be something.”

In December, the Republican presidential candidate issued a press release about the matter, and also outlined in a speech that he was calling for a temporary ban on those of the Muslim religion entering the states.

“Donald J. Trump is calling for a total and complete shutdown of Muslims entering the United States until our country’s representatives can figure out what the [expletive] is going on,” he said.

“It is obvious to anybody the hatred is beyond comprehension,” Trump also stated in his press release. “Where this hatred comes from and why we will have to determine. Until we are able to determine and understand this problem and the dangerous threat it poses, our country cannot be the victims of horrendous attacks by people that believe only in jihad, and have no sense of reason or respect for human life.”

His remarks drew both criticism and applause, including from House Speaker Paul Ryan.

“This is not conservatism,” he said. “Some of our best and biggest allies in this struggle and fight against radical Islam terror are Muslims.”

Some now opine that Trump’s latest statement implies that he has flip-flopped on the issue.

“If you like Trump but oppose the idea of banning people from entry based on faith (as Rudy Giuliani, the nominal head of his ‘commission’ on the matter, does), you can take comfort in the fact that it’s just a ‘suggestion.’ He’ll abandon it in due time,” writes Allah Pundit for HotAir.com. “If you like Trump and agree that we need to tighten up screening of Muslim visitors but also believe that a permanent ban would go too far, you can take comfort in the fact that the ban is temporary.”

“The ‘temporary’ ‘suggestion’ stuff is just nonsense aimed at appeasing the media, to take the edge off his rhetoric,” he continued. “Most politicians strive for consistency (even when they fail dismally). With Trump, inconsistency is a virtue. … [I]f he’s actually inching away from the ban to soften his image for the general election, you might as well just cancel ‘the wall’ now and get it over with.”