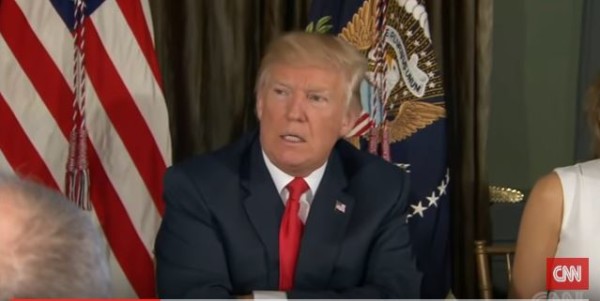 The United States President Donald Trump has threatened North Korea after sources claim they have developed ways to miniaturize a nuclear warhead that can fit atop a missile.

According to CNN, Trump made the statement from his New Jersey resort of Bedminster Tuesday. He said:

North Korea best not make any more threats to the United States. They will be met with fire and fury like the world has never seen

The Asian country had earlier said it would “make the US pay dearly” for its part in the passage of new UN sanctions against the country in response to two recent missile tests.

North Korea has also announced its plan to launch medium-to-long-range strategic ballistic rockets targeted at the US military base in Guam.

Following Trump’s threats, North Korea has said it will “turn the US mainland into the theater of a nuclear war” if there is any sign of an impending nuclear attack from the US.

Trump on Wednesday said on Twitter that he has renovated and modernized the nuclear arsenal of the US. He said in two tweets:

My first order as President was to renovate and modernize our nuclear arsenal. It is now far stronger and more powerful than ever before….

..Hopefully we will never have to use this power, but there will never be a time that we are not the most powerful nation in the world!

See the posts below: