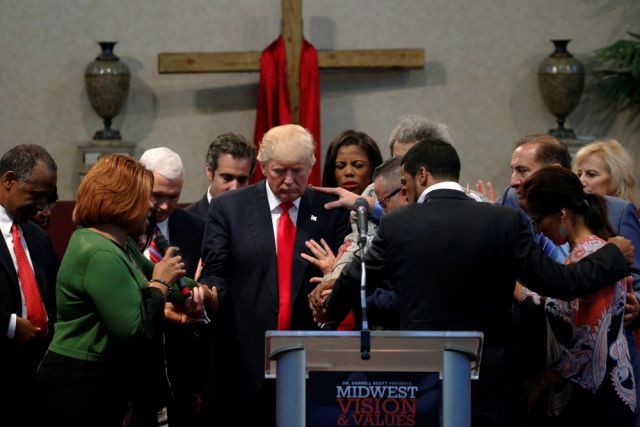 US Republican Party presidential candidate Donald Trump is due to lay out his vision for his presidency Saturday, in the same town where former president Abraham Lincoln delivered his famous US Civil War-era Gettysburg Address.

Trump campaign manager Kellyanne Conway said that the presidential hopeful plans to outline his goals for his first 100 days in office should he be elected when he speaks to media in Gettysburg, in the US state of Pennsylvania on Saturday morning.

“What he pledges tomorrow and what he talks about on the campaign trail will form the basis for his presidency,” Conway told a group of reporters on Friday, the LA Times reported.

The speech, where former US President Abraham Lincoln once delivered his 1863 address at the dedication of a cemetery for fallen Civil War soldiers, is a “great” location to remember military veterans, Conway said.

Lincoln’s Gettysburg Address is one of the most famous speeches in US history.

Trump’s planned speech comes on the heels of Wednesday’s third debate against Democratic candidate Hillary Clinton and an appearance at a charity roast on Thursday, where Trump was booed for heavy-handed insults against his rival.

Most polls show Trump trailing Clinton, with less than three weeks to go until the election.

Trump claimed on Twitter, however, that three national polls have him in the lead, saying the media refuses to report on them.

The billionaire-turned-politician has come in for criticism for calling the upcoming November 8 election “rigged” and for indicating that he might not concede defeat if he loses to Clinton.