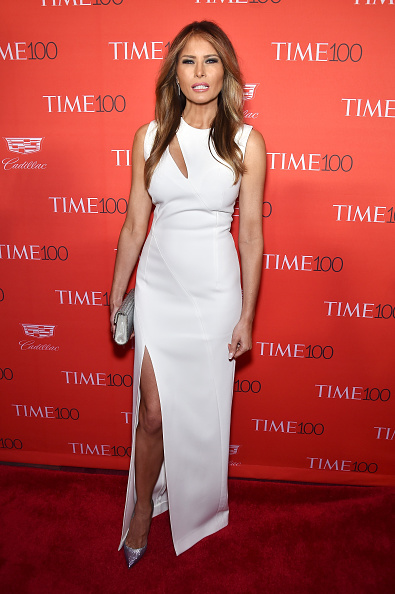 In her first interview since revelations of her husband Donald’s raunchy leaked comments about women, Melania Trump said her husband was “egged on” to make “boy talk” on the 2005 tape, CNN reports.

In an interview with CNN’s Anderson Cooper, she rejected sexual misconduct allegation as “lies.” Excerpts were released Monday.

Trump said she had not heard her husband use such language before.

“No. No, that’s why I was surprised, because I said like I don’t know that person that would talk that way, and that he would say that kind of stuff in private,” Melania Trump said.

“The boys, the way they talk when they grow up and they want to sometimes show each other, ‘Oh, this and that’ and talking about the girls. But yes, I was surprised, of course. I said to my husband that, you know, the language was inappropriate. It’s not acceptable. And I was surprised, because that is not the man that I know,” she added.

Melania Trump said she would keep their personal conversations private, but that her husband had apologized for his remarks on the tape.

“I accept his apology. I hope the American people will accept it as well. And it was many, many years ago. He’s not the man that I know,” she said.

The allegations against Trump have become the major focus of the US election since a video from 2005 surfaced, in which he talks about groping women against their will.