Trump’s Win Comparable To Elijah’s Victory Over The Prophets Of Baal, Michele Says 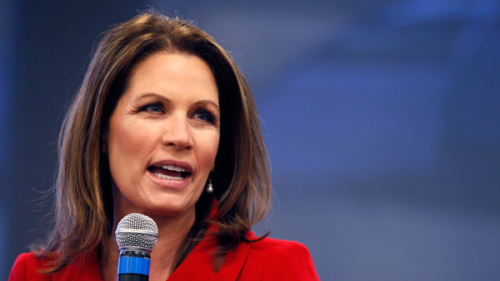 Former Congresswoman Michele Bachmann says that Donald Trump’s victory in the 2016 election is comparable to prophet Elijah’s triumph over the prophets of the pagan god Baal as explained in the Old Testament.

Bachmann, a former House representative from Minnesota who ran for the Republican presidential nomination in 2012, was a guest on the “Understanding the Times” radio program with host Jan Markell on Nov. 19 and discussed the result of the election and what it means for the United States.

A Message from Shell

Markell stated during their hour-long segment that Trump’s victory over Democrat Hillary Clinton was due to “ordinary Americans” stunning “the global elite,” adding that “the global elite didn’t take into account ‘the God factor.'”

Bachmann, who said over the summer that God could have been lifting up Donald Trump because he was the only Republican candidate capable of beating Clinton, responded to Markell by stating that the 2016 election “resembled” the “clear, strong hand of God

Considering all the factors that were at play against Trump in the election, Bachmann asserted that “if Trump was going to win, it would only be because of a sovereign act of God.”

“Clearly, that’s what happened because as we saw, all of the things that were against Donald Trump, including the fact that six corporations own virtually all of the media [and] Trump had not only the media [but] academia, Hollywood and all of that a going against him. He also had Republicans against him, the Republican Party,” Bachmann stated. “Don’t forget, one month before the election, the national conversation was pulling Donald Trump off the ticket and replacing him with someone else. And, only one month later, it is a decisive victory.”

Bachmann continued by contending that Trump’s victory is similar to the event written in 1 Kings 18, where Elijah was victorious in a showdown against 450 prophets of the pagan god Baal, who were supported by King Ahab, on Mount Carmel in Israel.

“This in my mind can only be described as something analogous to Elijah and the prophets of Baal,” Bachmann continued. “Because in the natural, never would this have happened. This only happened in the supernatural and I believe it is because believers saw that we were on a precipice.”

The purpose of the showdown between Elijah and the prophets of Baal was to see which god — the Hebrew God or Baal — could ignite their sacrifices in flames.

After the priests of Baal made their sacrifices and received no response, Elijah called on the God of Israel to light a fire and to show the Baal worshipers that He is God. God responded by igniting Elijah’s sacrifice, stones and soil, which caused the people to fall and admit that the God of Israel is the Lord.

Markell agreed with Bachmann’s claim that America was on a precipice and both Markell and Bachmann credited Christians with giving Trump the victory.

“We were at a crossroads and the negative alternative to those crossroads was unthinkable,” Markell said of a possible Clinton administration. “But 81 percent of evangelicals actually turned out, which they didn’t in some previous elections.”

“[That’s] the largest [evangelical turnout] ever recorded in American history,” Bachmann added. “This is a huge victory and it was believers that delivered this victory.”

“The God of the Universe, the Sovereign Lord, He is the one who did this for us,” Bachmann said. “He did, because His people got on their knees and cried out to Holy God and said, ‘We can’t go down this road any more, Father, we ask you for your mercy.’ And this is the proof positive of what the Lord did. The Lord did this.”