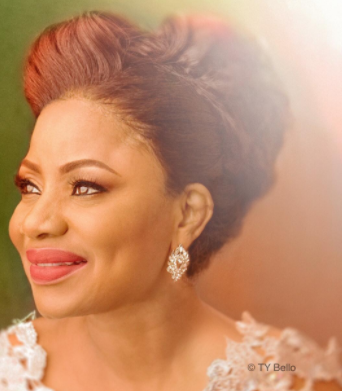 Popular female tax guru, Olanike Disu , who is widely called Madam Tax, died on Monday , September 4th, barely 24 hours after celebrating her birthday on Sunday, September 3rd. Until her death, she was a director at the Lagos Inland Revenue Service.

Celebrity photographer, TY Bello, took to her IG today to pay her glowing tribute. According to TY, Mrs Disu who lost her husband some months back, had asked her to take her portrait photos because she was terminally ill and needed her to take some good photos that people would remember her by when she dies. Read TY’s heartfelt tribute below 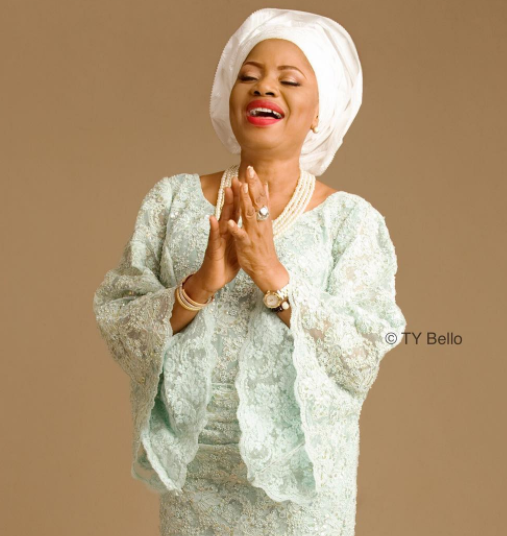 I did .. and I gifted her a portrait session for a few days later ..

She came in a little quiet at first but I saw her spirit lift as the hair and makeup started to come together .. “TY!! I look beeeeautiful.. ” that was how a most amazing day began with this beautiful woman with very deep dimples ..we had a blast!! .. singing .. dancing .. playing dress up with her daughter .. Belly laughs ..we had an incredible session . At some point in the middle of the shoot .. as we changed outfits ..she looked excitedly at me and said .. TY .. you know what? IM GOING TO BEAT THIS THING! .. I looked at her and responded .. ‘that’s the spirit .. you absolutely will!!’She gave me a High five and we continued one of my most exciting shoots till date . She ended the day by saying a heartfelt prayer for me . I remember telling someone her shoot was Gods gift to me .. she brought it all to me .. beauty in the purest form and the oil of Joy in Isaiah 61..I was so inspired and lifted .. it also helped me put what I do into proper perspective .. that its really not about me and my gift .. that the people I get to meet ,bond with and photograph are Gods gift to me .

Mrs Disu sent me prayers .. bible verses and inspiring write-ups every day after taking her photographs .. she also sent a beautiful thank you note when she got her photos .. and found time to send gifts to the beauty squad she met at the shoot .

It was her birthday last sunday .. her daughter told me she was so happy .. she also did something really strange .. she kept sending her portraits to every one she knew .. “she was up till the wee hours of the next morning sending out the photos .. and laughing .. we kept teasing her about it but she wouldn’t stop” . She died later on that day .. I guess it was her way of saying goodbye .

I remember @freezeedah sending me news of her passing .. I was a mess .. I was shocked ..and disappointed ..she was meant to beat this .. she had changed the narrative ..she told me herself .. !

I didn’t understand it .. until I got to spend a few hours with her children two days ago . They described what her last days were like .. she way joyful.. peaceful .. she found her own way to say goodbye .. she was ready .

As I sat in her Wake keeping today and listened to person after person come out and testify about her beautiful spirit and how she lived everyday to the fullest .. I also remember certain things she said to me during the shoot .. how she wanted her children to know she gave it EVERYTHING and did her very best .

It occurred to me .. she was right .. she did ‘beat this thing ‘ .. !she didn’t let it stop her from living .. till she took her last breath ..she lived and loved and laughed and smiled till the very end !! She was ready ..She was prepared .. unfortunately most people don’t get that opportunity .. to prepare for eternity .. and say goodbye .

It got me thinking .. if we all lived 100 years more .. it still would go by really fast .. the Bible says our lives are live vapor.. eternity is certain and every day is one day closer to when we meet our maker .. but are we ready .. that’s the question .

#makeup by @ravishinmakeup #hair by @hairwearenig and @bernardsmiless .. thank you guys for this beautiful gift to her.