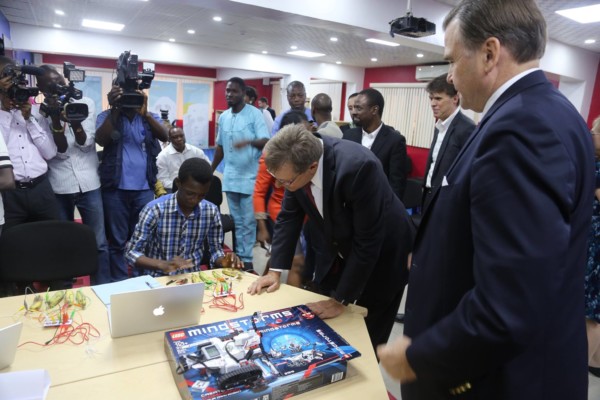 U.S. Ambassador W. Stuart Symington (right) with Consul F. John Bray watching a demonstration of one of the tech gadgets at the new American Corner in Lagos on Friday.

At the event attended by technology leaders, Ambassador Symington explained that the space, which is equipped with cutting-edge digital technology, is a center for Nigerians to develop innovative ideas, learn about the United States and its people, explore possible study at U.S. universities, enjoy U.S. cultural programs and also interact with U.S. exchange program alumni.

“At the Priority American Space in Lagos, we are investing in technology and programs to unleash the creativity of Nigeria’s burgeoning community of innovators. We are pleased to partner with Co-Creation Hub, a leading force for incubating social entrepreneurship and technological advancement,” Ambassador Symington said.

The Centre, now open to the members of the public, comprises a MakerSpace – a tech area designed to promote digital skill building; a workshop space equipped with the latest laptops and tablets for internet learning; a conversation space for small group meetings and research and a meeting space that supports innovation and creative collaboration. 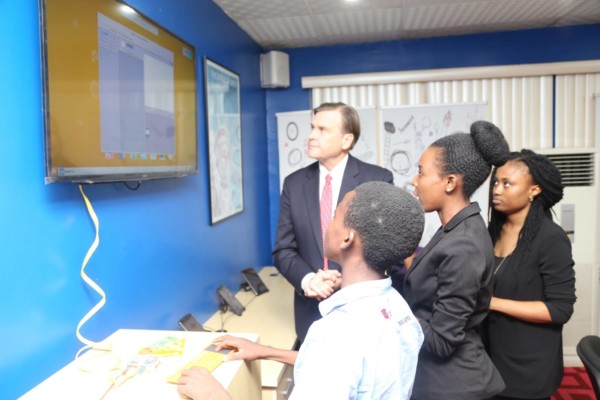 U.S. Ambassador W. Stuart Symington watching a demonstration of one of the tech gadgets at the new American Corner in Lagos. 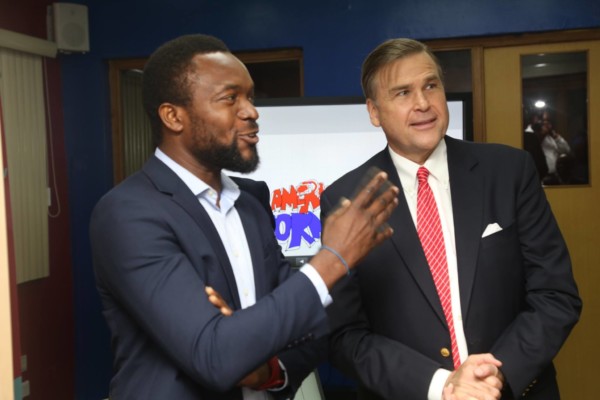 U.S. Ambassador W. Stuart Symington (right) with CEO of Co-Creation Hub (CC-Hub) MBosun Tijani at the opening of the new American Corner in Lagos on Friday.