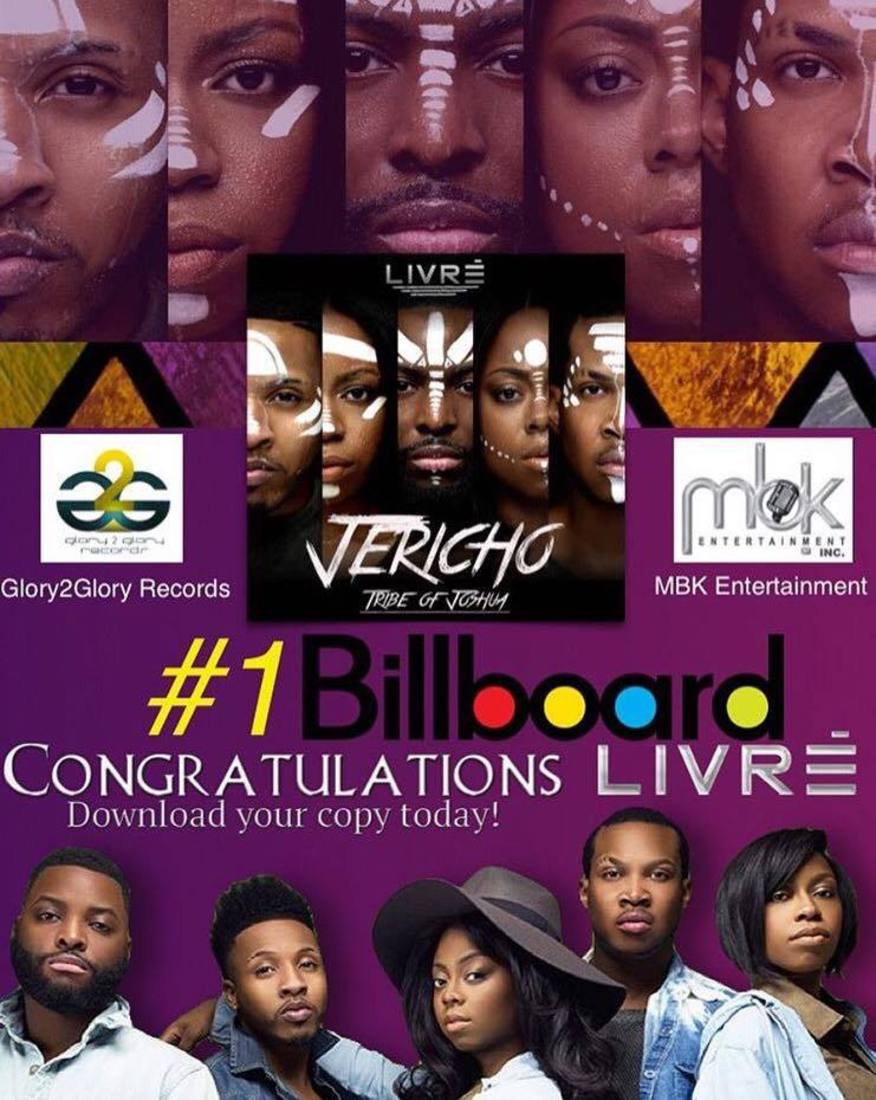 The Gospel and Christian music community
has patiently waited for over two years for
an album that has finally made its way to
digital devices and records stores
everywhere. The Urban Worship Quintet
known as LIVRE’ released their long awaited debut album JERICHO: TRIBE OF JOSHUA last
week and now have a #1 record under their
belt.

JERICHO: TRIBE OF JOSHUA is released by
Glory 2 Glory Records/MBK Entertainment
and Sony Red Associated Labels. “They said
it couldn’t be done and gave us all the
reasons why NOT,” explains MBK
Entertainment CEO Jeff Robinson. “But my GOD said ‘Not So!’. This could be the sweetest
number one I’ve ever been a part of.”

The young and immaculately dynamic voices
of LIVRE’ are Ajanee Hambrick, Ariel Malloy,
Malik Spence, Kenneth Williams and Richard
Tolbert. These newcomers to the music
industry have displayed fervent faith,
worked tremendously hard at perfecting their artistry and are filled with excitement
and drive to continue to take their music
ministry further with the debut of their
Billboard Gospel Chart Topping #1 release.

JERICHO: TRIBE OF JOSHUA is proving to be a
cross over record with a mass appeal. The
album provides angelic vocal arrangements
on the worship track “Amazing”, savvy
production and innovative but profound
lyrics on the recent radio hit “Everything’s Coming Up Jesus” and according to ROOT
MAGAZINE – “a bold step outside the walls of
the Gospel music box” on the urban infused
“Jericho” single featuring rising R&B/Rap
star A$AP Ferg.

JERICHO: TRIBE OF JOSHUA also has guest
appearances by Gospel’s hit makers Mali
Music and Jason Nelson making this an
album that can easily bridge a generation of
young listeners with seasoned saints,
ultimately connecting the ‘world’ with the ‘church’ in harmonic truth.