Uyo Church Collapse: Contractors Accuse Pastor Of Not Following Original Design, Allege That He Lied In His Testimony To Commission Of Inquiry 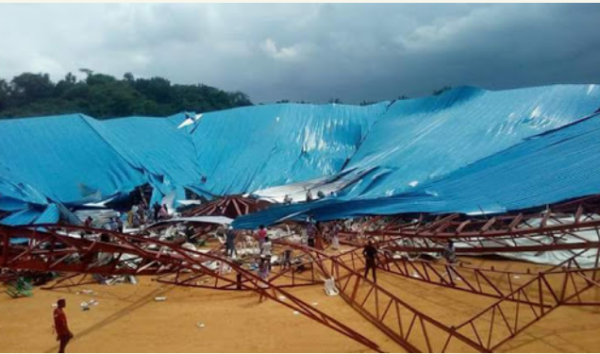 Architect Abimbola Oke, has said thatReigners Bible Church, Uyo, which collapsed on December 10, 2016 (killing over 200 persons), was not built according to its original design.

Oke, who designed the original structure of the building, made this known when he testified on Monday in Uyo in the ongoing Commission of Inquiry into the Collapsed Reigners Bible Church.

He also denied supervising the building of the project contrary to evidence given by Apostle Akan Weeks (The Senior Pastor of the Church) when he was cross-examined last week.

Oke, who is also a lecturer at the University of Uyo, said that coupled with his tight schedule, he could not have time to supervise the building.

“To the best of my knowledge Apostle Akan Weeks did not follow the original design as submitted.”

“I shall request the Commission of Inquiry to visit the site of the proposed Reigners Bible Church at Uyo village road to reconcile the facts on ground to the building design submitted.”

“What was implemented did not reflect what I designed.”

“I observed that not all the structural elements had been put in place, the gallery floor was not there,” Oke said.

The architect also revealed that, he did not developed any work plan for the building as alleged by one of the witness, Anietie Ndarake.

According to him, work plan is a schedule of work to be carried out within a time frame and must be in writing.

Oke explained that Weeks specifically instructed him to draw for him, a 5,000 capacity auditorium with round or octagonal shape, adding that the plan was accepted as designed.

When asked why he did not supervise the building, Oke replied that the church building committee said they would do the supervision.

Oke alleged that he was disappointed and betrayed by Weeks for saying during cross-examination that he (Oke) was a supervisor to the collapsed building when he was not. 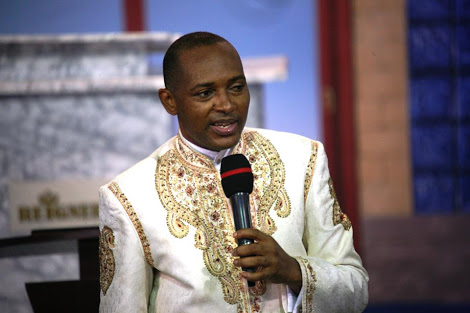 According to him, he designed the building free of charge for Weeks, which would have cost N11.5 million.

Earlier in his testimony, Uwem Okoko ofHensek Integrated Services Ltd., told the commission that Weeks removed the scaffold against his professional advice.

Okoko, whose company undertook the landscaping of Reigners bible church, said that he heard of the removal of the scaffold through one of the site engineer Stephen Alawi.

Speaking to newsmen, Counsel to Okoko,Akpakan Okoho, alleged that Weeks lied against his client.

Okoho said that his client had warned Weeks on the danger of removing centre scaffold that were used to support the building.

Okoho said Weeks did not retain his client as the contractor to supervise the building as he alleged during his testimony.

The Chairman of the Commission, retiredJustice Umoekeyo Essang, adjourned sitting to January 17, for more testimonies