Vatican: Catholics May Be Cremated But The Ashes May Not Be Scattered 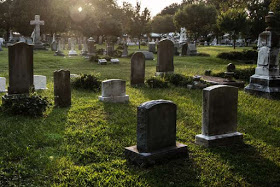 The Congregation for the Doctrine of the Faith released an instruction Tuesday regarding burial and cremation, reiterating the Church’s teaching that cremation, while strongly discouraged, can be permissible under certain restrictions but that scattering the ashes is forbidden.
“To rise with Christ”, published Oct. 25, states that while cremation “is not prohibited” the Church “continues to prefer the practice of burying the bodies of the deceased, because this shows a greater esteem towards the deceased.”

The document explains that after “legitimate motives” for cremation have been ascertained, the

“ashes of the faithful must be laid to rest in a sacred place,” such as in a cemetery or church. It goes on to state that is not permitted to keep the ashes in a home or to scatter them “in the air, on land, at sea or in some other way, nor may they be preserved in mementos, pieces of jewelry or other objects.”

“The burial, the last liturgy for us, is an expression of our hope for the resurrection,”Cardinal Gerhard Müller, prefect of the congregation wrote, “and therefore the Church continues to teach that the normal burial of the body is the normal form.”

“by burying the bodies of the faithful, the Church confirms her faith in the resurrection of the body, and intends to show the great dignity of the human body as an integral part of the human person whose body forms part of their identity.”

“She cannot, therefore, condone attitudes or permit rites that involve erroneous ideas about death, such as considering death as the definitive annihilation of the person, or the moment of fusion with Mother Nature or the universe.”

Rather, burial in a cemetery or another sacred place:

“adequately corresponds to the piety and respect owed to the bodies of the faithful departed who through Baptism have become temples of the Holy Spirit and in which ‘as instruments and vessels the Spirit has carried out so many good works.’”

The Vatican originally answered the question of whether or not cremation was allowed in 1963, but with the increase in both its popularity and in practices such as scattering the ashes or keeping them in the home, it found it necessary to provide a new set of norms as guidance for bishops.

The instruction emphasized that “following the most ancient Christian tradition, the Church insistently recommends that the bodies of the deceased be buried.”
A proper respect for the dignity of the body, according to Fr. Thomas Bonino, an official at the CDF,  promotes the hylomorphic understanding of the human person as being composed of both body and soul.

“One must perhaps start from the idea of ecology,” Fr. Bonino told CNA, “meaning respect for nature. But the body is part of our nature, so a true ecology is also an ecology which takes into account the corporality of man.”

“because the body forms part of our identity” together with the soul, this teaching “must be reaffirmed” in preaching and in catechesis. Practices such as scattering the ashes in nature can be a form of “pantheistic confessions, as if nature were a god,” Fr. Bonino said. Or it can express the false ideology “that after death nothing of the person remains, that the body just returns to the earth and there is nothing more.”

The new norms address these issues, he said, while also reacting against the idea that death is only about the individual or the immediate family. “Death also deals with the community to which the deceased belonged,” he pointed out.

The Vatican document highlighted several other reasons for the importance of the burial of the dead, including that the Church considers burying the dead to be one of the corporal works of mercy.

“From the earliest times, Christians have desired that the faithful departed become the objects of the Christian community’s prayers and remembrance. Their tombs have become places of prayer, remembrance and reflection,” it stated.

By reserving the ashes of the deceased in a sacred place, we can be assured that they are not excluded from the prayers of their family and the Christian community, it continued, as well as provide a more permanent marker for posterity, especially after the immediately subsequent generation has passed away.

“We are Catholics … and we must try to understand all elements of our life in the sense of the Christian faith,” Cardinal Müller said.

“We believe in the resurrection of Jesus Christ our Lord and also we have the hope for our resurrection of our body… And therefore the big tradition as Christians has always been burial.”