Vatican City News: Catholic Priests Are Tired Of Not Having Sex! 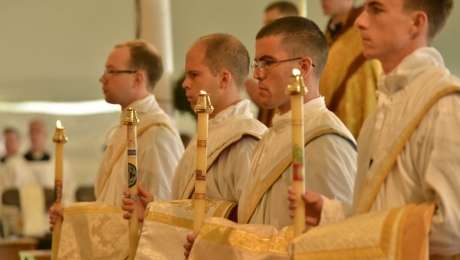 Some retired Catholic priests are tired of the compulsory vow of celibacy and they are calling on the church to put an end to it.

Premier reports that the group of 11 priests made this request in an open letter, which marked the 50th anniversary of the group’s ordination.

The letter stated their reasons for this controversial statement, along with the lessons learnt during the priesthood.

According to one of the signatories, retired priest Fr Franz Decker, people should be allowed to choose, to decide whether they want to get married or not.

Speaking with the media, he said, “We believe that requiring that every man who becomes a priest to remain celibate is not acceptable.

We think, every Catholic should be allowed to choose if they would rather be celibate or not, regardless of whether they want to work as priests or not – just like in the Protestant Church or the Orthodox church, really, every church but the Catholic Church.

In the open letter, the group referred to 1 Timothy 3:2, adding that celibacy causes “fruitless loneliness and social isolation.”

“What moves us is the experience of loneliness. As elderly people who are unmarried because our office required this from us, we feel it vividly on some days after 50 years in the job. We agreed to this [form of] clerical life because of our job, we did not choose it,” the group wrote.

Celibacy became a part of the Church in the fourth century.

Should priests be allowed to have sex and get married?