Vatican: Catholic City To Open Its Doors to 1,000 Prisoners 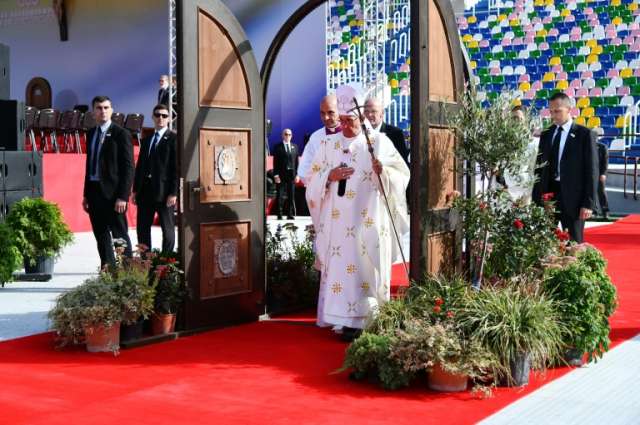 While some are on probation, others are currently under house arrest or are serving life sentences

One thousand prisoners — including some lifers — will take part in a special event at the Vatican this weekend, along with 3,000 family members, prison staff and volunteers.

The prisoners from 12 countries will have the opportunity on Saturday to confess and walk through the “Holy Door” at Saint Peter’s Basilica, a Jubilee tradition by which Catholics can ask forgiveness for their sins.

On Sunday, they will attend a mass lead by Pope Francis. The Argentine pontiff regularly meets prisoners — both in Italy and on his trips abroad — but this is the first time so many inmates will be received at the Vatican.

The convicts are expected to come from Britain, Italy, Latvia, Madagascar, Malaysia, Mexico, the Netherlands, Spain, the US, South Africa, Sweden and Portugal.

While some are on probation, others are currently under house arrest or are serving life sentences and will be escorted by security details, the Vatican said.

At the mass, they will hear the stories of four people — including one inmate who converted and will speak alongside their victim, the brother of someone who was murdered and had to learn forgiveness, and a prison guard.

The service will be accompanied by the dulcet tones of a choir of prisoners from Bologna, while the communion wafers will be special ones made by detainees in a lockup in Milan.

Next weekend the pope will hold a similar event for the“socially marginalised” and homeless. It will be the last before the Jubilee winds up. “Holy Doors” around the world close on November 13 and the pontiff will officially declare the year over on November 20.