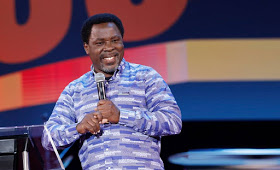 A woman has reportedly revealed how she wanted to destroy prophet T.B. Joshua, the General Overseer of The Synagogue, Church Of All Nations (SCOAN) during his last crusade in Peru. According to the lady, a huge force restricted her from destroying the pastor when she got close to him.

Read the press release by the church

Uncontrollably welling within, her anger reached bursting point. Only one devilish thought flashed incessantly through her mind – to destroy TB Joshua at all cost. Rushing towards him in a violent fit of rage, a supernatural force suddenly hit her, crashing her to the ground. Evil was defeated!

The malicious spirit of anger had plagued Cezia Carassa’s life for almost as long as she could remember. “I used to hit my husband and punch him in the face,” she recalled. “I used to get really mad. It was really strange force inside me.”

Cezia didn’t really want to attend the crusade with Prophet TB Joshua but curiosity eventually triumphed and she decided to join 50,000 other attendees at the historic event. 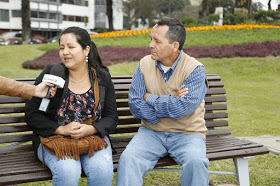 The demonic spirit of anger had been rudely exposed by the Spirit-filled prayer! “When I got near to the prophet, I felt some strength and force pushing me away from him. And then I fell.”

Since that Divine encounter, an incredible sense of peace and tranquility has filled Cezia’s life. “I felt that the opposite force that was pushing me to destroy things were gone. But other force made me new. I felt brand new! When I looked at the mirror, I was not the same. Before I used to look like an angry women, but right now I feel very new. And I look even younger!” Truly, the evidence of Jesus Christ is lives changed!