WATCH: Hillary Clinton Hugs Pres. Obama After His Speech At The # DemConvention 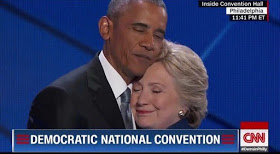 US President Barack Obama last night implored US
voters to help continue his legacy by carrying
Hillary Clinton to victory at the polls in November.
This was at the Democratic convention in
Philadelphia where Mr Obama also praised Mrs
Clinton as the most qualified person ever to run for the White House.

Press play to watch the moving moment, with the
convention floor still on its feet for Mr. Obama, Mrs.
Clinton walked out on stage and warmly
embraced the president

“Even in the midst of crisis, she listens to
people. And she keeps her cool,” Obama
said of Clinton earlier. “And no matter how
much people try to knock her down, she
never, ever quits. That is the Hillary I know.” 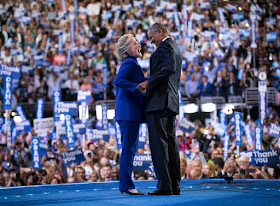 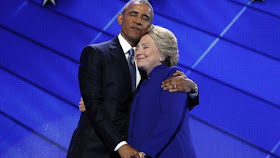