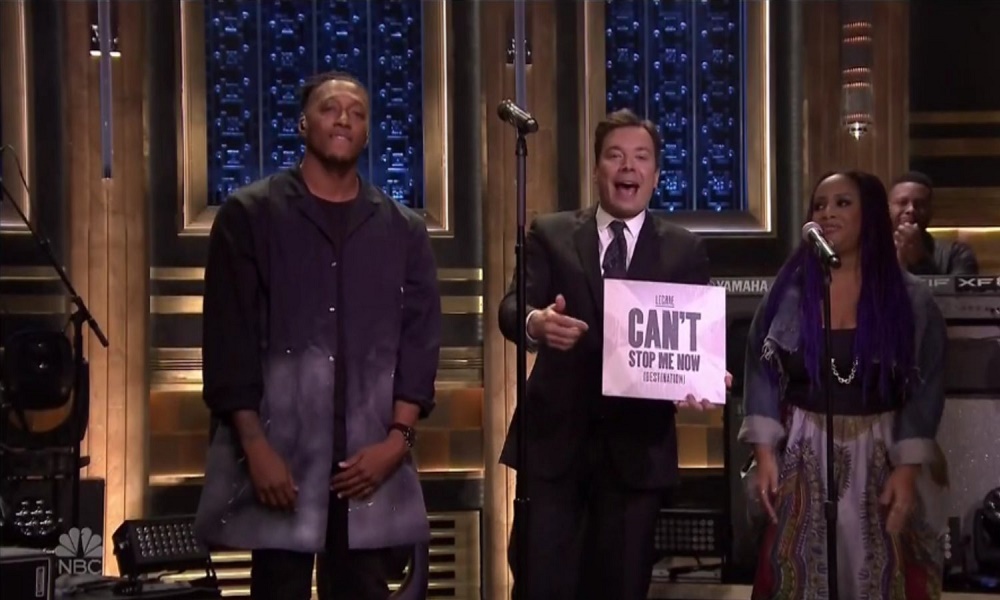 Lecrae appeared on The Tonight Show Starring Jimmy Fallon for the third time on Tuesday, where he performed his new single “Can’t Stop Me Now”.

“[The song] started with a journal entry that I then wanted to bring to fruition as a song,” Lecrae toldBillboard. “It wasn’t intended to be a single. But when people put their ears to it, they said man, people need to hear this perspective.

“It’s me being raw, real and as transparent as I can be. The loss of lives from Michael Brown and Eric Garner to Tamir Rice and Philando Castile … these men and boys represented people who could be my family: nephews, cousins, brothers. So it grieved me deeply.”

Lecrae released the single for his current road trip, The Destination Tour.