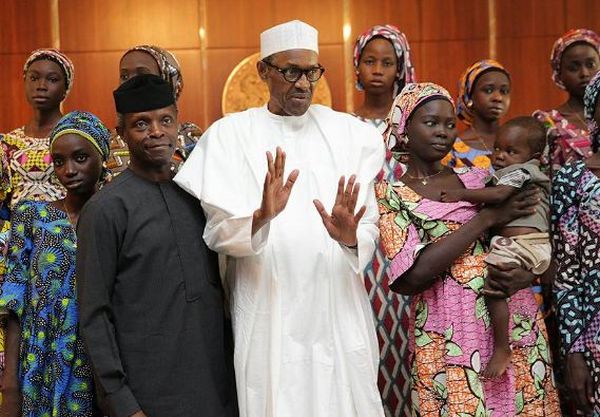 The Presidency has insisted that the Federal Government did not pay members of the Boko Haram sect to secure freedom for the 21 Chibok girls, as being speculated.

The Special Adviser to the President on Media and Publicity, Mr. Femi Adesina, said the position of government remains that cash was not involved in the release.

He said, “Information Minister, Lai Mohammed, told the country that there was no cash involvement in the release of the 21 Chibok girls. If you have evidence that it was not so, simply produce it.”

But one of the lawmakers involved in the negotiation that led to the release of the 21 girls confirmed that a ransom was paid to Boko Haram but said the amount was far less than $50m.

The source, who expressed shock when Punch put the question to him to confirm or deny payment, agreed to speak on condition of anonymity.

He said, “I don’t think it is up to that amount. Yes, there was a deal. Something like that happened but it was never near the amount you just mentioned; it is even not up to a quarter of that amount. I can tell you that it was done.

“I can also tell you that the second round of the talk was scuttled because of the disagreement on the next tranche of a ransom. The negotiation for another batch of the girls has hit the brick wall as a result of the failure to agree on an amount. I am speaking to you on this authoritatively.”