We Have Recovered Over N1bn From S/South Alone – EFFC 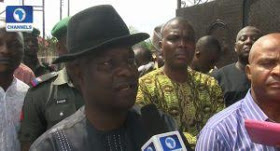 According to the Zonal head of the Economic and Financial Crimes Commission (EFCC) in Rivers state, Saliu, over N1 billion was recovered from looters of public funds between January and September 2016, with 24 convictions. Saliu said this while addressing Niger Delta youths who yesterday staged a protest to the commissions office over the current investigations into the $15 million found in four company accounts linked to former first lady, Patience Jonathan.

The youths alleged the investigation was selective.

There is nothing selective in the cases of
EFCC. We are professionals to the core. Once an allegation is made, before somebody is
even invited, the invitation is the last leg of our cases. Bank documents and things we
need to inquire would have been gotten. Port Harcourt Zonal office alone, this year,
has 24 convictions and recovered over a billion naira” he said