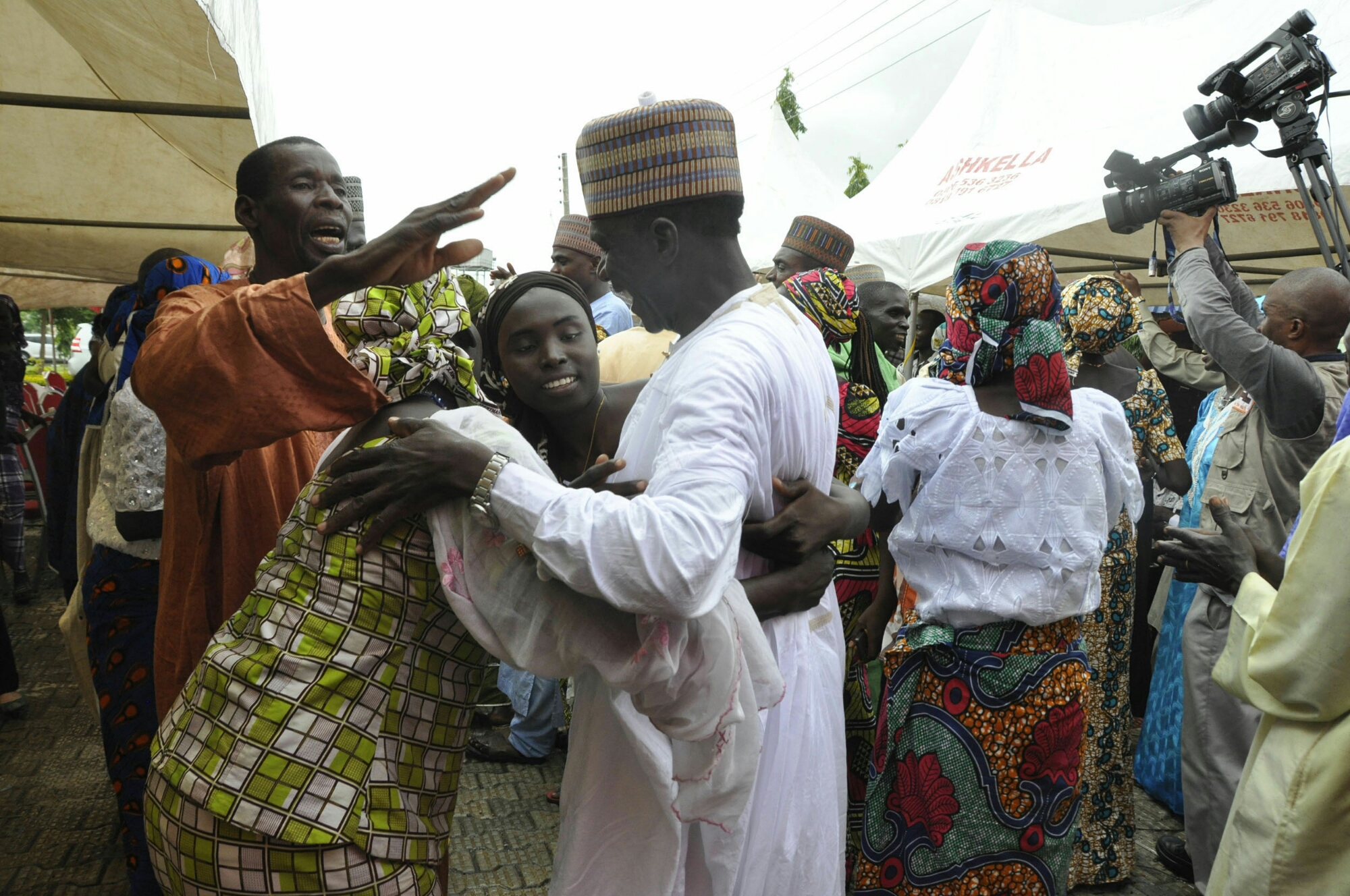 The 21 freed Chibok Girls said on Sunday in Abuja that for “one month and 10 days’’ of their abduction by the Boko Haram insurgents they stayed without food in the bush.

Gloria Dame, one of the girls, narrated this while giving testimony on behalf of her colleaques at a thanksgiving service organised for them at a DSS health facility in Abuja.

The News Agency of Nigeria (NAN) reports that Minister of Information and Culture, Lai Mohammed, and Minister of Women Affairs,Hajiya Jummai Alhassan, attended the service.

The girl, who spoke in Hausa language, said that their survival in captivity was an act of God.

“I did not know that a day like this will come that we will be dancing and giving thanks to God among people.

For one month and 10 days we stayed without food. I narrowly escaped bomb blast in the forest.

We are praying to God to touch the heart of Boko Haram to repent and we are calling on Nigerians to pray and fast for the release of our remaining ones in captivity,’’ she said.

While the service was going on, the parents of the freed girls arrived the venue and were reunited with their loved ones after over two years of their abduction.

With the arrival of the parents the environment was charged with emotion and tears of joy.

The parents took turns to address the congregation and thanked President Muhammadu Buhari and all Nigerians for their efforts and prayers towards the rescue of their daughters. 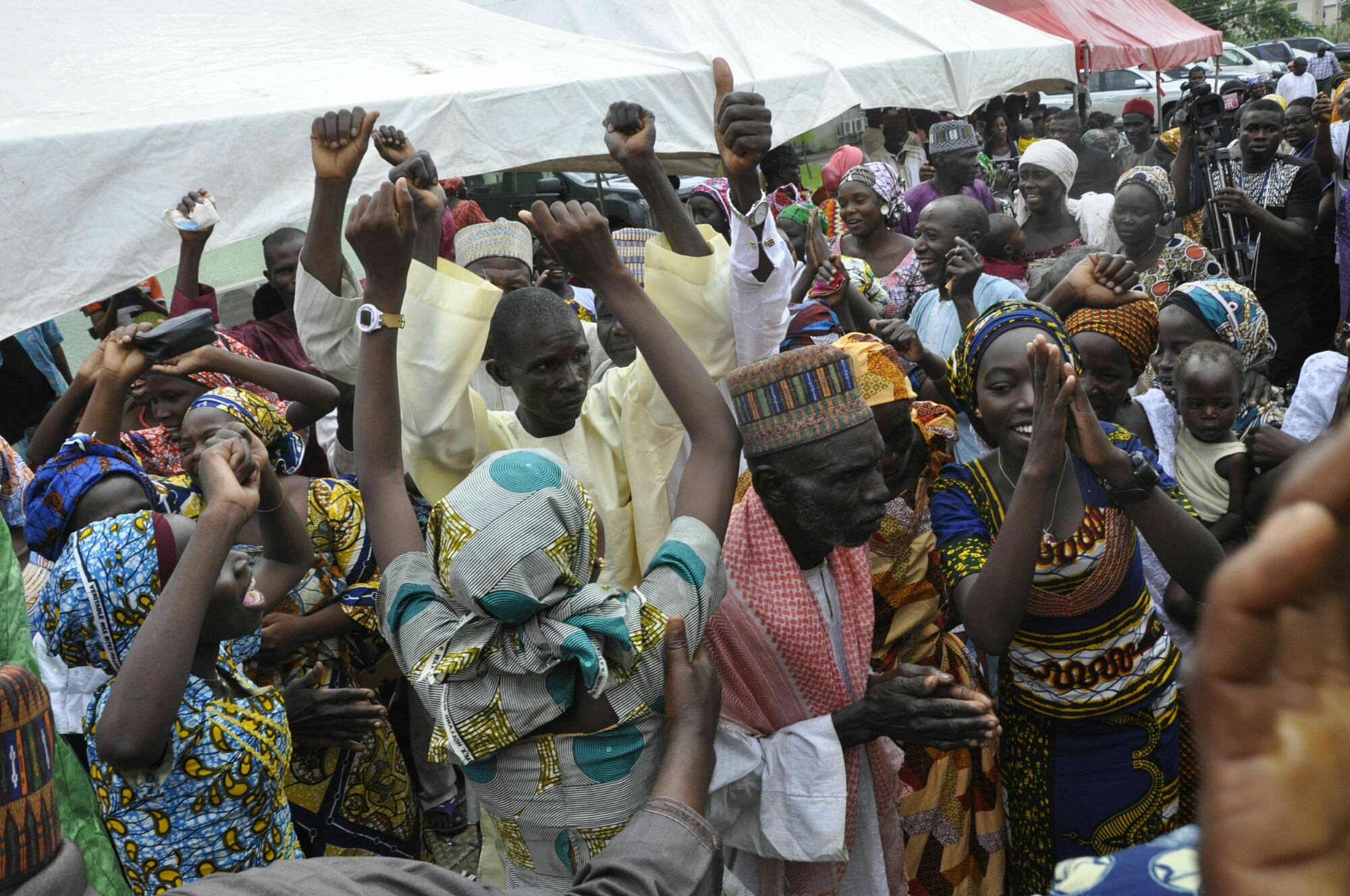 The Chairman of Chibok Local Government Council, Yaga Yarakawa, said the release of the girls was “historic’’ and the Chibok community at home and in the Diaspora were happy about the development.

Yarakawa said contrary to views of some Nigerians, the 21 freed girls were the actual Chibok Secondary School girls kidnapped by Boko Haram.

“Before their abduction, I was involved in supervising their feeding which was organised by the Borno State Secondary Schools Feeding System. So I know them very well.

These are the real girls and you can see when their parents came, you see their joy, it manifest naturally.

This is enough to tell you that it is a reality and anybody who say different things or doubting, may be the person has a different agenda altogether,’’ he said.

Yarakawa appealed to the government to put all necessary machinery in place to ensure the release of the other girls.

Speaking in same vein, Yakubu Nkeki, the Chairman of Abducted Chibok Girls’ Parents Association, thanked the President for the release of the girls.

He said from the physical looks of the girls it was obvious that they were not radicalised as claimed by some people.

He also debunked the claim that many of the girls were pregnant.