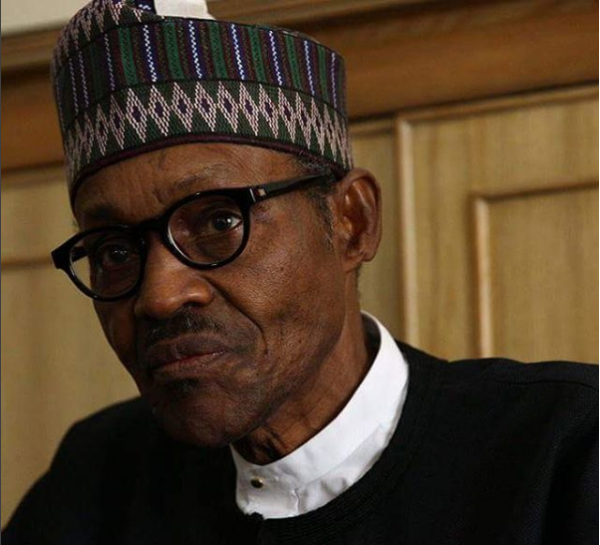 President Muhammadu Buhari has said that his administration’s determination to wrestle corruption to the ground remains unshaken.

The President, who gave the assurance in his New Year message to Nigerians, however, said that the fight against corruption would be guided by respect for the rule of law and due process.

He vowed that his administration would not spare anybody or organ of government in the ongoing crusade against corrupt practices.

President Buhari also commended the military for the successes record against Boko Haram.

He called for peace among Nigerians, while listing efforts by the Federal Government in bringing the economy out of recession.

I am happy to welcome you to the beginning of a New Year in our beloved country Nigeria.

I felicitate with you today at a time when our nation is witnessing a new and impressive turnaround in our security and socio-economic situation.

I know you will join me to, once again, congratulate the heroic and gallant efforts of our military and other security agencies on their remarkable successes to rid the nation of terrorism.

Following the successful capture of Sambisa Forest, spearheaded by troops of Operation Lafiya Dole, we have entered a new phase in our battle against our common enemy, Boko Haram.

When we see our beloved 21 Chibok girls reuniting with their families and community for Christmas, it gives us the hope that those who are still in captivity will one day return to the loving arms of family, friends and well-wishers.

I urge all Nigerians to be on the alert and watch out for strange figures settling in their communities, and report to the nearest security agencies, as our armed forces intensify the pursuit of fleeing terrorists from the captured Sambisa Forest.

Misguided elements who decided to take up arms against constituted authorities must be brought to face the full weight of the law.

The support of all Nigerians to security agencies to enable them successfully execute their mandate is crucial in our bid to effectively secure our country.

Seeing the joyful return of thousands of Internally Displaced Persons (IDPs) to Damasak town in Borno State, following the reopening of Maiduguri/Gubio/Damasak road in Northern Borno on December 25, 2016, reassured us that the voluntary return of IDPs in other parts of the country is imminent.

The Federal Government will spare no effort in seeing to the resettlement and rehabilitation of the unfortunate victims of terrorism and insurgency. I urge state governments, privileged Nigerians, donor agencies and countries to redouble their contributions towards this goal.

Government is aware of some mistakes and wrongdoings in handling the affairs of IDPs. We are taking measures to correct those mistakes and punish the culprits.

In this New Year, I want to reassure all Nigerians that our defence and security forces are more than ever before ready to perform their constitutional role of protecting lives and property in the country; and we will surely overcome all other forms of security challenges.

The lingering security issues in several states will be frontally addressed. These ugly crises cannot be allowed to fester as they strain the unifying bonds of brotherhood and neighbourliness. Some sections of the press and some politicians should avoid provocative and inflammatory statements, while the government is painstakingly trying to find solutions to our challenges.

I want to remind you on the first day of this New Year of an African proverb that says “it is easy to break a broomstick but not a bunch”. Nigeria is a bunch and is more than equal to troublemakers.

I have interacted with a broad spectrum of Nigerians, the old and the young, and they have told me unequivocally that they believe in the unity and stability of Nigeria.

The year 2017 provides an opportunity for us to build on those aspects of our national life that unite us. We are courageous, hardworking, hospitable, steadfast and resilient people, even in the face of difficulties.

These are the attributes that define us and have for years confounded the pessimists who do not believe in our continued existence as a united and indivisible nation. We are a remarkable nation that has succeeded in harnessing our multiple diversities for national development. We must continue to support and tolerate one another and live together as one.

We will continue to pursue peace initiatives in the Niger Delta as I again, call on our brothers in that region who have taken to violent disruptions of economic infrastructure to come to the negotiating table.

As for our brothers and sisters of the Shia Community, we urge them, too, to embrace peace. They must accept the laws of the country they live in. They cannot be islands by themselves. At the same time, the law enforcement agencies must treat them humanely and according to the rule of law.

On our part, in the past 20 months since our inauguration on May 29, 2015, we have focused our energies to turn around the economy, create jobs, fight corruption, and transform agriculture to replace oil and gas as a major revenue earner for the nation. I am encouraged that we are getting things right.

The agricultural revolution has begun. Farmers in different parts of the country are experiencing bumper harvests; states are getting into strategic partnership towards attaining self-sufficiency in rice, and the era of over-dependence on oil for foreign exchange revenues is gradually waning. I am optimistic that the CHANGE we all yearned for in voting this administration to power in 2015 will manifest more and be sustained in different sectors, particularly agriculture, in 2017.

As you may be aware, our economic recovery and growth plan in 2017 is anchored on optimizing the use of local content and empowering local businesses.

In pursuit of this administration’s philosophy, we will continue to appeal that we buy “Made In Nigeria” goods. Like I said during the 2017 Budget presentation to the National Assembly, farmers, small and medium-sized manufacturers, agro-allied businesses, dressmakers, entertainers and technology start-ups, will remain the true drivers of our economic future. They are the engine of our economic recovery and their needs underpin our Economic Recovery and Growth Plan.

On job creation, this administration will sustain existing programmes aimed at lifting a vast number of our youth out of poverty, while at the same time creating the opportunities for people to fend for themselves.

Our determination to wrestle corruption to the ground remains unshaken. This fight, which will be guided by respect for the rule of law and due process, will not spare anybody or organ of government. It is a collective undertaking and resolve that must be seen to its logical conclusion in spite of certain distractions. The fate of our country lies partly in the success of this campaign. It will be unthinkable on my part to allow the boat of this crucial campaign promise capsize mid-stream.