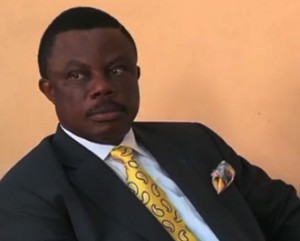 Awka—ANAMBRA State government says it will
partner churches in the state to ensure that
intending couples verified their genotype before
marriage to avoid issues of sickle cell disease.

The state governor, Chief Willie Obiano, who spoke
through his commissioner for health, Dr. Joe
Akabuike at a ceremony to mark this year’s sickle
cell day in Awka, said it was part of the state
government’s efforts to eradicate sickle cell disease.

According to him, churches would play a major role
in the fight against the spread of sickle cell disease
because of their involvement in joining people as
husbands and wives.

The governor maintained that his administration
would implement to the letter the Sickle Cell law
passed by the State House of Assembly in 2002,
which was aimed at mandating intending couples
to verify their genotype before marriage.

He insisted that couples who would violate the law
would be denied certain privileges by the state
government, adding that involving the churches
would ensure strict compliance to the law.

The governor said the state government would set
up sickle cell clinics in the three senatorial districts
of the state with state- of- the- art facilities and
explained that people living with sickle cell
disorder would be treated free of-charge under a
Health Insurance Scheme that would be launched in the state soon.

He said: “In the Health Insurance Scheme, there is
also a provision for treating free of-charge, the
vulnerable, including people living with sickle cell
disorder as our main target is to eradicate sickle cell
anemia completely in this state and that is why we
are urging everybody to know his/her genotype.”