What Kind Of Friend Are You? Let’s Check Out 6 Categories Of Friendships – “Busola Idowu” 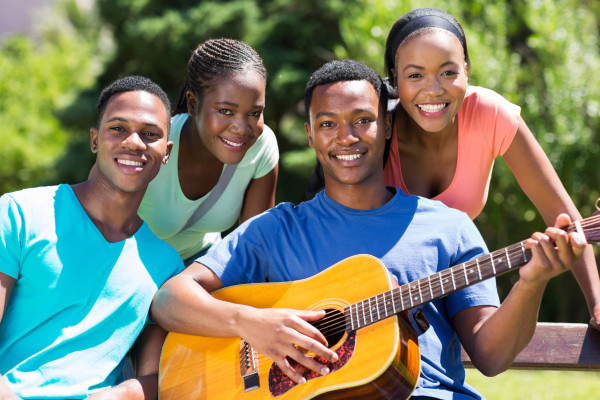 Today is World Friendship Day (or maybe not) and in honour of the day, I thought, “what better way to honour friendship than to appreciate the various sorts of ‘friends’ that abound”? Bear in mind that this list is not in any way exhaustive and in fact the categories are infinite.

The self-engrossed friend A.K.A selfish friend
This type of friend is actually very common although in different guises. S/he is that friend who believes she’s the very best thing after jollof rice. She’s so self-absorbed and cares only about her own life and any other thing that revolves around her. She has no qualms breaking off dates at the last minute even when she’s aware you have invested time and effort preparing for same. The best treatment for such friends is to lower your estimation of the friendship so that even when she does hurtful things, you are not so pained. Such friendships only stand the test of time if she has other good sides that outweigh the negatives. However, a friend who doesn’t listen to you or care about your feelings is as good as no friend at all in my opinion.

The frenemy A.K.A ota aje (enemy of progress)
Now this is a very complex friendship as it is often difficult to refer to someone who does not wish you
well as a friend. However, life happens. She pretends to like you in your presence but the moment your back is turned, she proceeds to backbite, gossip and even tell outright lies just to discredit you among friends and family. She’s the potential boo-snatcher and you have to be careful not to share any intimate secrets with her as she will stop at nothing to break your relationships including making false statements about your fidelity and integrity. You might ask why she’s still being referred to as a friend, but such people are perfect chameleons who can effectively mask their true characters and still appear as good before you. God deliver us from such enemies masquerading as friends.

The intellectual A.K.A effiko
She is the Ms Smarty-pants. Very knowledgeable about everything political, current affairs, news and even sports. As a contestant on ‘Who wants to be a millionaire’, she is the first person you would think to call. She is also not shy about sharing information and is sometimes even overbearing with her input on issues. She’s a bookworm and it is often difficult to get her to socialise outside her comfort zone. It takes careful study to understand her and flow along to preserve the friendship.

The gist partner A.K.A talk-magnet
She’s addicted to talking but in a fun way. She’s very engaging and is usually the life of the party. There is never any dull moment with her as she has the ability to move over mountains and valleys of gist in just one breath. When you are feel sad or under the weather, just 10 minutes spent in her presence can make all the difference. The major negative is that her gist can easily slip into gossip and in a bid to appear more interesting; she might fabricate some stories along the way.

The mooch A.K.A borrow-genius friend
She can borrow just about anything. She never seems to have enough or anything for that matter. She’s always waiting for you to pay on ALL your outings, does not want anything until you make a move to buy it, she always needs ‘change’. She has devised very ingenious means of getting someone else to bear her costs and finds it difficult to part with a kobo of her own money on those few occasions you need help. To preserve this friendship, you might have to ‘form’ broke more often than not so as to prevent any build-up of resentment over time.

The one true friend A.K.A the best friend
She is your confidant, cry-partner, gist-mate, your ‘plus one’ most times and at short notice. You might have everything in common or not even so much but she is the first person you run to when there is any news to share. You might have been friends since kindergarten or met later in life but the bond is unmistakeable. She is not perfect, just as you are not too but you have somehow made the friendship work and stand the test of time.

From the above, I am pretty sure you can figure out if you have a true friend or if you are a true friend. So please share your experiences and if you can, what sort of friend you are. Happy Friendship Day!