“Why The 2017 Budget Signing Was Delayed” – Acting President Osinbajo Explains 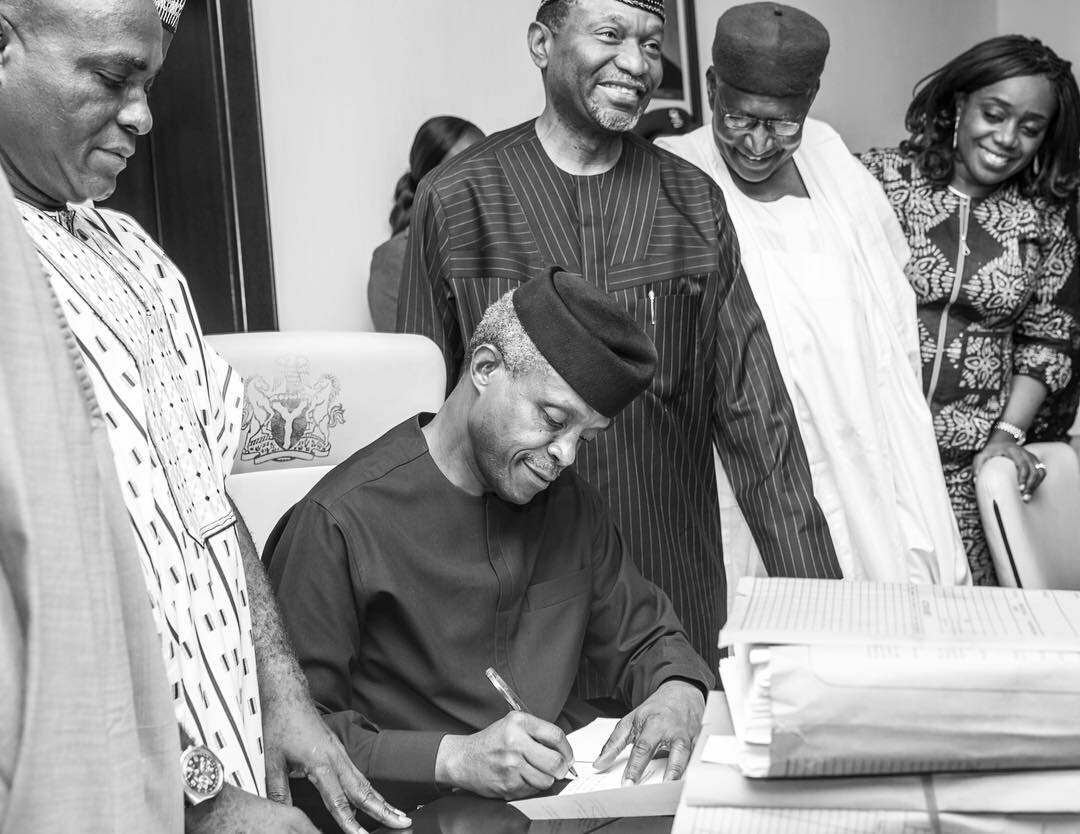 Last night, the much talked about 2017 budget was finally signed by the Acting President, Professor Yemi Osinbajo one month after it was passed.

Shortly after he signed it at the presidential villa, Osinbajo explained that the delay in the signing of the 2017 Appropriation Bill was due to disagreements between the executive and the National Assembly.

According to him, ‘the final presentation and the signing of the budget has been considerably delayed.

This was largely due to disagreements we had about the changes introduced to our 2017 Budget proposals by the National Assembly”. He continued to say, ‘the Executive took the view that the changes fundamentally affected some of our priority programmes and would make implementation extremely difficult and in some cases impossible.” He, however, said the disagreements were resolved and the leadership of the National Assembly promised to reinstate budgetary allocations for important executive projects.