Why The North Appears To Dominate Nigeria – Reno Omokri 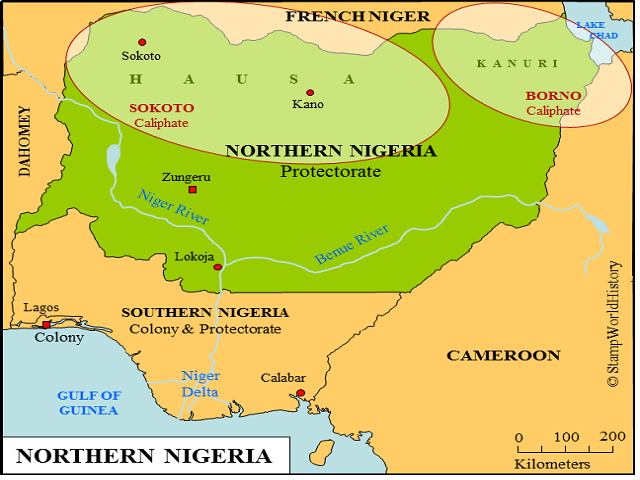 To understand why there seems to be a Northern domination of the Nigerian polity (as against a Hausa or Fulani domination, which is a myth), one has to read and understand the principle of unity found in Genesis 11:6:

“The LORD said, Behold, the people is one, and they have all one language; and this they begin to do: and now nothing will be restrained from them, which they have imagined to do.”

This piece was written by Reno Omokri. The views and opinions expressed here are those of the author and do not necessarily reflect the official policy or position of kingdomboiz.com.

The above verse of scripture is the bedrock of the seeming Northern dominance in Nigeria. You see, even if a people are more intelligent and educated than their neighbours, they will nevertheless serve those neighbours if they are not united and the neighbour is united, because unity is greater than both education and intelligence.

To understand the Northern psyche, try to join several social media fora. In such fora, you will find that Southern Nigerians are very indiscipline in the way they use words to run down their leaders and people. Nothing is sacrosanct to them.

Southerners can and have insulted their political, traditional and spiritual leaders, using some of the foulest language on earth. I know of young Southern Nigerians who have called former President Jonathan a ‘pig’ and Southern elders who have called his wife a ‘hippo’, and others who have used the most insulting words on the president of the Christian Association of Nigeria.

When we behave like this, we show ourselves as pedestrian to our Northern brothers. We indicate that we are a people of a lower culture, because no matter how educated you are, if you cannot respect your own fathers (whether they deserve respect or not) then you are lower than an illiterate who respects his father.

In Exodus 20:12, God commanded us to honour our father and our mother. He did not say we should honour them because they are honourable or because they deserve respect. He said we should honour them because He as God commands it. And he attached a promise to that command – “Then you will live a long, full life in the land the LORD your God is giving you.”

Northerners understand this principle. The principle is that you should honour your own father and mother, not your neighbour’s father and mother. They are honouring their fathers and their mothers and that is why God is ensuring that they “will live a long, full life in the land the LORD your God is giving you.” That is why they are ruling and leading, and deservedly so!

However, the minute the matter shifts to Northern leaders or elders or traditional rulers, the Northerner will show the stuff he is made out of and will not join you in insulting his or her elders and institutions. It does not matter if that particular leader, elder or traditional ruler is more guilty of an offense than his Southern counterpart. As long as he is Northern, the average Northerner, commendably, has the discipline to respect his own.

I urge you, if you are a Southerner, to think back to all those Northerners who joined you in insulting and rubbishing the then President Goodluck Jonathan. Are they doing the same to President Buhari? Are they supporting you when you call attention to the president’s misdeeds?

Where are those Northerners who left the North to sit down with you in Ojota to dance to Pasuma Wonder as you demonstrated against Jonathan for removing the subsidy on petroleum products? Did you hear even a whisper from them when President Buhari did even what Jonathan did not do and increased fuel without increasing salary? (Jonathan increased salaries before increasing fuel price).

Or have you noticed that they are making excuses for the president? Are you seeing that the same persons who joined you in rubbishing Dr. Jonathan are calling on you to exercise patience with President Buhari?

What about when the Sultan of Sokoto defended Fulani herdsmen and asked the media not to criminalise them and said that criminals who kill people during fights for grazing grounds are to be differentiated from herdsmen, did your Northern neighbours pounce on him the way you pounced on Pastor Ayo Oritsejafor when he called on Christians to defend themselves against the radical Islamic sect of Boko Haram?

I remember young Southerners who called Pastor Oritsejafor every evil and foul name in the world when he said that. They were gleefully joined by their Northern neighbours. But now that the case has been reversed, have those who joined you to rubbish pastor Oritsejafor invited you to do same to the Sultan? Of course not!

You see, when you sell your own mother for a penny, you cannot expect your neighbour to price her for a pound. And when you neighbour sets the price of his mother at a pound, he will never sell her to you for a penny.

As vile as you and I down south consider the late General Sani Abacha to be, he is still beloved up North so much so that more monuments and facilities are named after him in the North than are named after any other Northerner, with the arguable exception of the late Murtala Mohammed.

This is a man of whom it has been established beyond every reasonable doubt that he was a thief, and not just a thief but a blatant one, of whose loot hundreds of millions of dollars of are still being repatriated to Nigeria from foreign countries today. Yet, when our corruption hating President Muhammadu Buhari went to pay homage to him on the tenth anniversary of his death, he said and I quote “Abacha never stole”!

Yet today, the Economic and Financial Crimes Commission (EFCC) will arrest those who served in the previous administration without providing any evidence, Southerners will deride and convict these people simply because an EFCC “source” leaked to the press that they are guilty!

So, to all those who called Jonathan, who gave us the third fastest growing economy in the world a ‘pig’, you can now see that your neighbours who laughed with you when you did that know in their heart that you are the real ‘pig’ because they will never trust a man like you who insults his own mother and father to please his friend with any type of power.

They may not like me, but I assure you, if push comes to shove, they will prefer me and others like me because they know that a man who respects his father and mother is a man who understands power!

And that, my friend, is the reason for the seeming political dominance of Northern Nigeria over Southern Nigeria. They are united and because of their unity, “nothing will be restrained from them, which they have imagined to do.”

Reno Omokri is the founder of the Mind of Christ Christian Center in California, and author of Shunpiking: No Shortcuts to God and Why Jesus Wept and the host of Transformation with Reno Omokri.

This piece was written by Reno Omokri. The views and opinions expressed here are those of the author and do not necessarily reflect the official policy or position of Kingdomboiz.com.