With Prayers, Neccesary Changes, Nigeria Would Overcome Its Problems – Adeboye 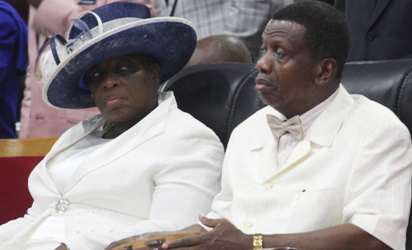 Abuja – Pastor Enoch Adeboye, General Overseer of
the Redeemed Christian Church of God has called
on Christians to continue to pray for peace to take
centre stage in the country.

He made the call on Tuesday night at the 8th Edition
of the monthly Divine Encounter in Abuja.

The General Overseer also urged the Christians not
to treat words from God with levity, adding that ‘’a
word from God is capable of altering a person’s
destiny for good.’’

The Cleric, who made reference to Jacob in the
Bible, explained that Jacob’s name was changed to
Israel, meaning ‘’May God prevail” due to some
circumstances he had with his brother.

“After the change of name, Israel became a great
nation, the pastor said.”

He said that the current challenges in the country
should not be seen as permanent, adding that with
prayers and necessary changes, Nigeria would
overcome its problems.

Adeboye assured Nigerians that ‘’one word from
God can settle all issues of life’’ including the current
challenges in the country.

“A word from God can begin a person’s journey to
glory.”
Quoting Book of 2 kings, Chapter 4, verses eight to
17, in the story of the Shunammite woman, the
cleric recalled that the word of God, through
prophet Elisha, changed her destiny for good.

According to Adeboye, when God speaks to an
individual, the manifestation of that word results
into abundant supply.

“When God speaks, it is done”.
Adeboye, however, called on Christians to turn
away from sin and embrace righteousness and
holy living.

The Vice-president Yemi Osinbajo and his wife,
Dolapo and Oby Ezekwesili, former Minister of
Education were among prominent personalities
that attended the programme.

Highlights at the event were prayer for the peace of
Nigeria and for the release of Chibok girls.