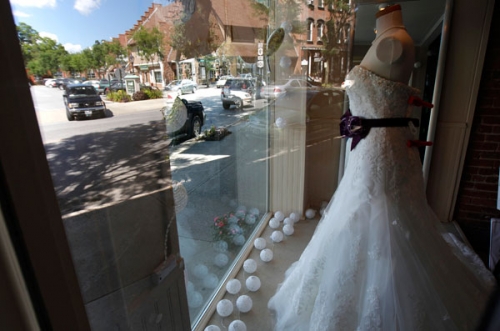 Women who were virgins before they got
married are the least likely to divorce after five
years, but these brides are scarce, according to
the results of a new study released Monday by the Institute for Family Studies.

The study also found that women married
since the year 2000 who had just two sexual
partners prior to marriage are surprisingly just
as likely to end up divorced at the same rate
after five years as a growing cohort of women
who had 10 or more sexual partners before marriage.

And societal changes in attitudes toward
premarital sex are partly to blame. Most
Americans today, according to the latest
studies, believe premarital sex is acceptable
and are likely to have three or more sexual
partners before marriage.

The study released on Monday was conducted
by Nicholas H. Wolfinger, a University of Utah
professor of family and consumer studies who
recently co-authored Soul Mates: Religion, Sex,
Children, and Marriage among African
Americans and Latinos, with W. Bradford Wilcox.

Wolfinger uses data from the three most recent
waves of the National Survey of Family Growth collected in 2002, 2006-2010, and 2011-2013. The findings, he says, highlights
the complex link between premarital sex and
marital stability.

“Earlier research found that having multiple
sex partners prior to marriage could lead to less happy marriages, and often increased the odds of divorce. But sexual attitudes and
behaviors continue to change in America, and
some of the strongest predictors of divorce in
years gone by no longer matter as much as
they once did,” notes Wolfinger in the brief on
his findings.

“As premarital sex became more acceptable,
it’s reasonable to anticipate that its negative
effects on marital stability waned. In general,
Americans became more accepting of
nonmarital sex. Certainly fewer men entered
marriage with the expectation of a virgin bride. All of the fanfare associated with hooking up is
evidence that some young people have
become comfortable with the idea of sex
outside of serious relationships,” Wolfinger
added.

Most of the women with minimal sexual
experience or practiced abstinence before
marriage cited religion as a factor in their life.

“One of the most common reasons for
premarital abstinence is religion, and NSFG data
support such an interpretation. … Women who
marry as virgins are far more likely than other
women to attend church at least once a week,”
said Wolfinger.

“It’s also noteworthy that virgin marriages
increasingly became the domain of religious
women between the 1980s and 2000s — and
during the same years, the divorce rate for
virgin brides continued to drop. These findings
make sense in light of the fact that people who attend church frequently have lower divorce
rates than do non-participants,” he added.

While he was unable to provide a scientific
explanation for why women who had two
sexual partners before marriage were almost
as likely as those who had 10 to divorce since
the 2000s, he suggested “the notion of over-
emphasized comparisons.”

“My best guess rests on the notion of over-
emphasized comparisons. In most cases, a
woman’s two premarital sex partners include
her future husband and one other man. That
second sex partner is first-hand proof of a
sexual alternative to one’s husband,” explained Wolfinger.

“These sexual experiences convince women
that sex outside of wedlock is indeed a
possibility. The man involved was likely to have
become a partner in the course of a serious
relationship — women inclined to hook up will
have had more than two premarital partners — thereby emphasizing the seriousness of the
alternative,” he continued.

“Of course, women learn about the viability of
nonmarital sex if they have multiple premarital
partners, but with multiple partners, each one
represents a smaller part of a woman’s sexual
and romantic biography. Having two partners
may lead to uncertainty, but having a few more apparently leads to greater clarity about the
right man to marry. The odds of divorce are
lowest with zero or one premarital partners,
but otherwise sowing one’s oats seems
compatible with having a lasting marriage,” he
added.

Wolfinger further noted that aside from
religion, race and family of origin accounted for
the largest portion of the sexual partners/
divorce relationship.

Caucasian and African-American women had
similar premarital sexual behavior, but Latinas
and members of the “other” population group
had notably fewer sex partners and lower
divorce rates than either whites or blacks.

People who grew up without both parents had
more partners and divorced more.

“It won’t be surprising to most readers that
people with more premarital sex partners have
higher divorce rates, broadly speaking. That
said, this research brief paints a fairly
complicated picture of the association between
sex and marital stability that ultimately raises more questions than it answers,” said
Wolfinger.