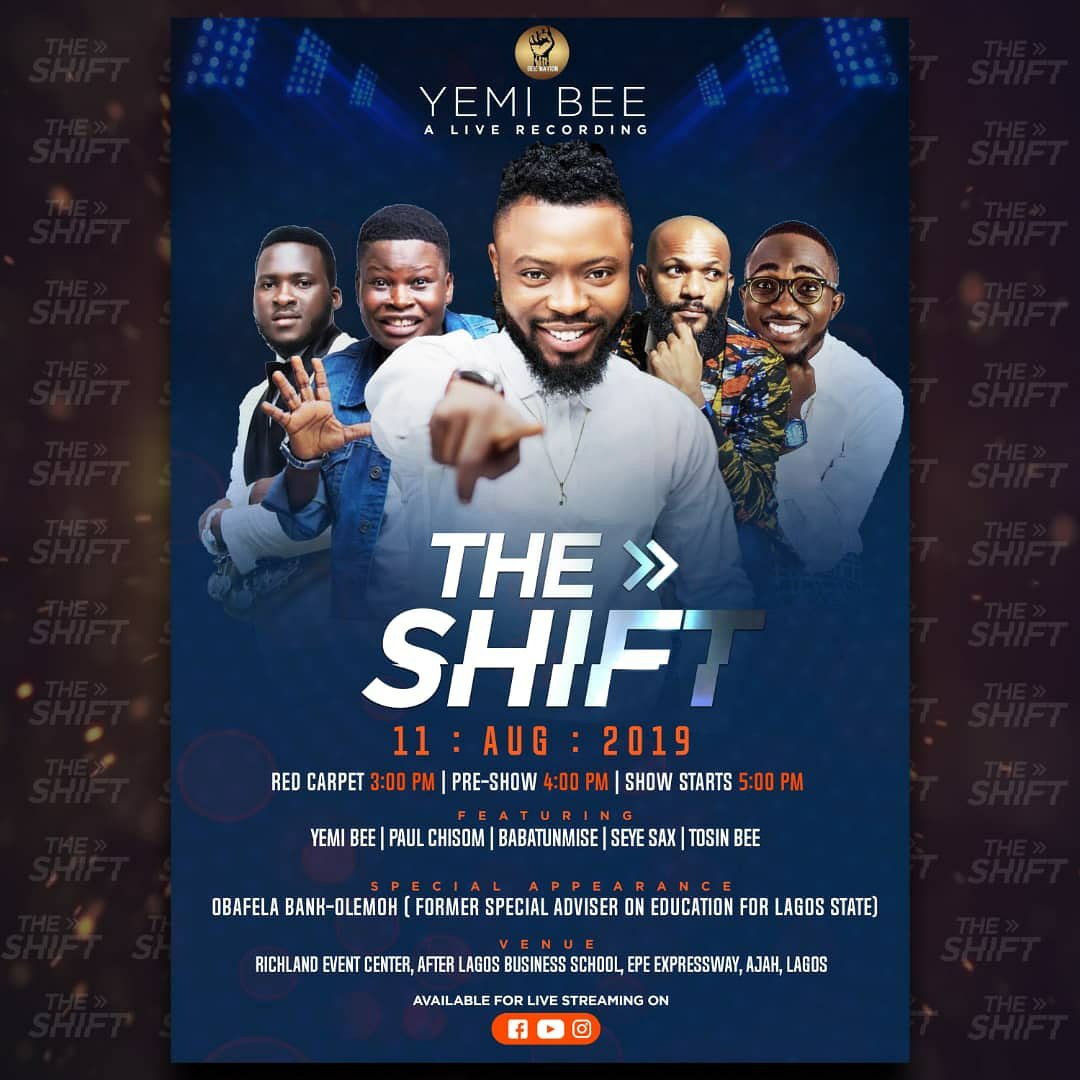 Great music minister of the Gospel with the likes of PAUL CHISOM, BABATUNMISE, TOSIN BEE,DANYPRAIZE,SEYE SAXOPHONISTA will be ministering Live

Yemi Benjamin also known as Yemi Bee is a native of ilaje land in Ondo state. Yemi is a graduate of chemistry of the prestigious University of Nigeria Nsukka. He joined a music group (Neu Souls Media) created by his brother, however yemi went solo after the musical group disbanded.

Yemi Bee has not only stopped at just releasing single, but has been able to be a blessing to churches and Ministries. He is the Convener of the yearly conference tagged~ “KEEP MOVING”.

THE SHIFT IS MORE THAN JUST MUSIC, ITS AN ENCOUNTER