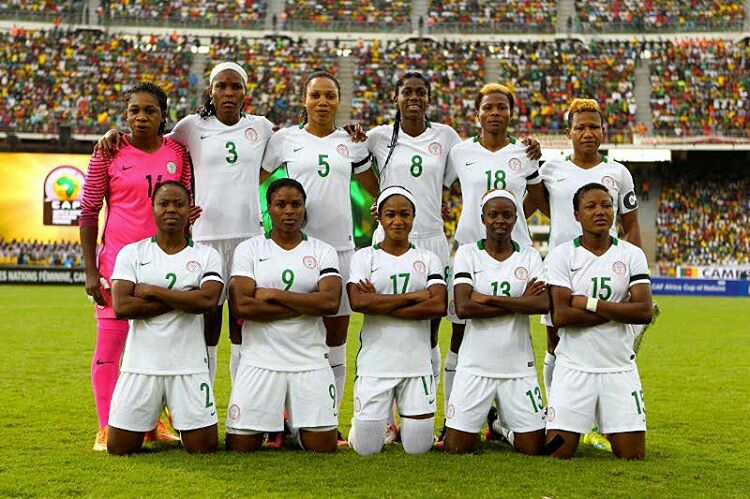 President Muhammadu Buhari has congratulated Nigeria’s Super Falcons on their victory over the senior female football team of Cameroon at the final game of the women’s Africa Cup of Nations in Yaounde.

The President described the hard-earned victory over the Indomitable Lionesses as “very sweet and well-deserved”.

In a statement issued by his Special Adviser on Media and Publicity, Femi Adesina, Buhari commended the Falcons for their “indomitable spirit, resilience and teamwork” which spurred them to victory in spite of a vociferous home crowd.

President Buhari noted that the Nigerian team achieved “this feat of being African champions for the 8th time”.

According to him, this development has lifted the spirits of sports-loving Nigerians.

He enjoined other Nigerian sports men and women to emulate the exemplary attitude of the Super Falcons who placed the interest of the nation above personal interests,

The President assured that the Federal Government would not relent in doing its best to promote sports within available resources.

President Buhari also saluted the technical competence of the coaching crew, which enabled the Nigerian players to overcome their hard-fighting opponents throughout the competition.