The Paris Family Youth Choir has released their debut album “The Unveiling”.

The Paris Family Youth Choir, as the name suggests, is the Youth Department’s Choir of the Redeemed Christian Church of God (RCCG), Paris Family, France.

The Album title “The Unveiling” meaning to reveal, is a prophetic statement and a message to all that God is about to not just reveal Himself to His people but He is also about to reveal His people in a new way and greater dimension to the world.

“As a christian group of singers who are all youths, music will always be one of the numerous mediums to preach the word. All we’ve done is join the army of gospel singers to further propagate the Gospel of Jesus Christ through music”.

The five track album is now available on all digital stores, while the group also released the visuals for their hit single “Too Much God”, featuring France based Nigerian Gospel singer George Christopher.

Watch “Too Much God” music video below; 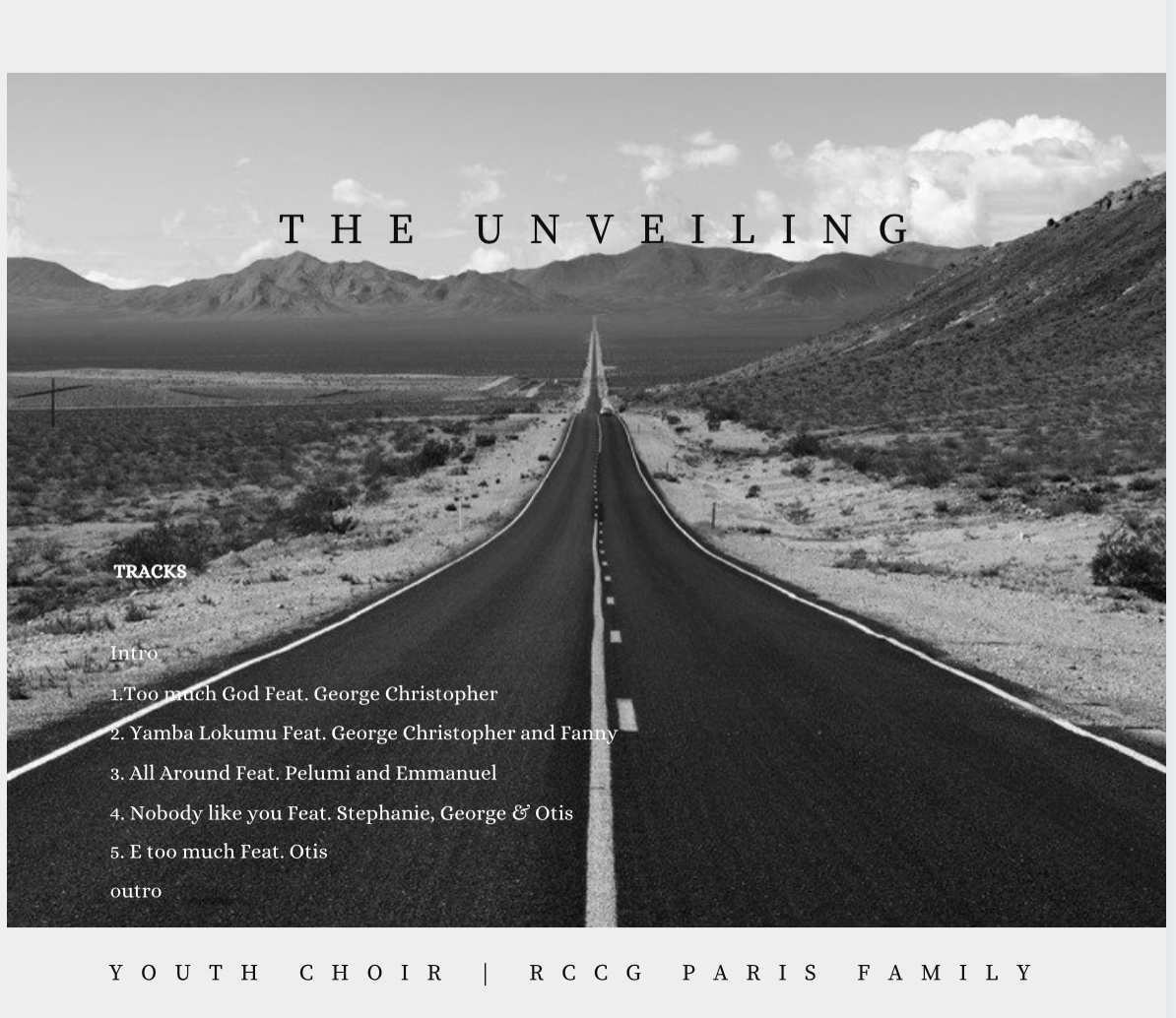