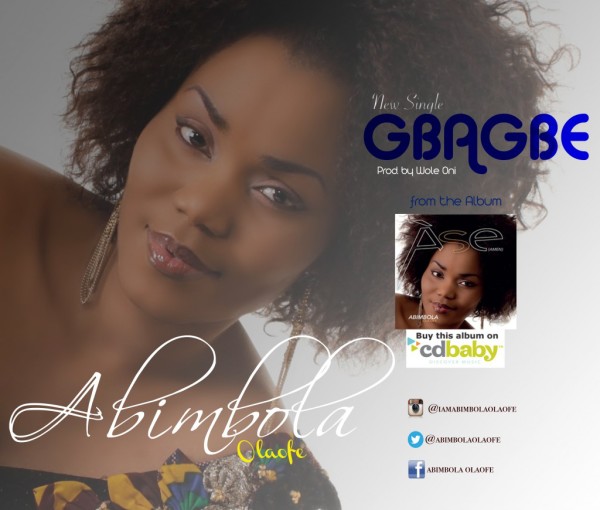 UK based artiste Abimbola Olaofe has released
‘’Gbabe’’, the first single from her album
‘’Ase’’ (Available for download HERE). She released her Debut Album “ASE’’ (Amen) in February 2013,
of which all songs were written/composed by her
and produced by ace producer Wole Oni.

Abimbola is a soulful singer with a uniqueness in
her voice. She is a song writer, a Praise Leader and
a Powerful Worshipper, filled with the anointing to
get you connected to the heavenly!

Abimbola who discovered her God given talent
before the age of 10, said ‘’it was because of
everything happening around me at the time that
inspired me to write ‘Gbabe’… You know; I was
under pressure to write a song for the street.
Something that everyone and anyone could relate to.

Then I was just thinking inside of me…. Why must I
write something for the street? Why must it be in a
local tongue? Then the question came! Don’t they
know that he’s God…” Gbabe!!